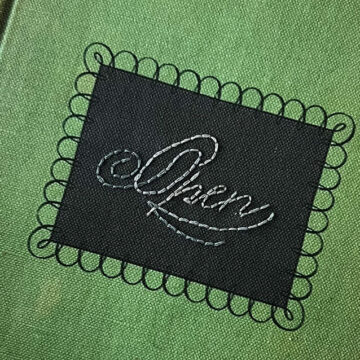 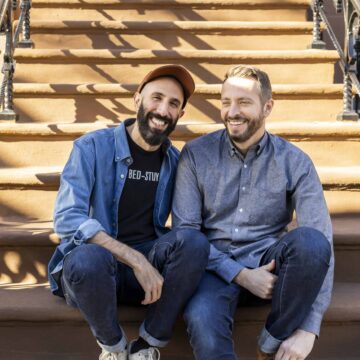 What It’s Like to Build a Creative Business With... 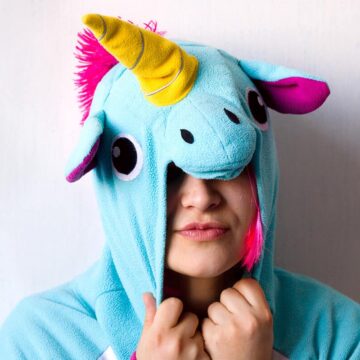 Have you ever wondered how Hollywood regency style came to be? When it started, what styles it’s related to or maybe what it looked like? Here’s a short-and-sweet look at all those things and more, including how you can bring the look into your home too! 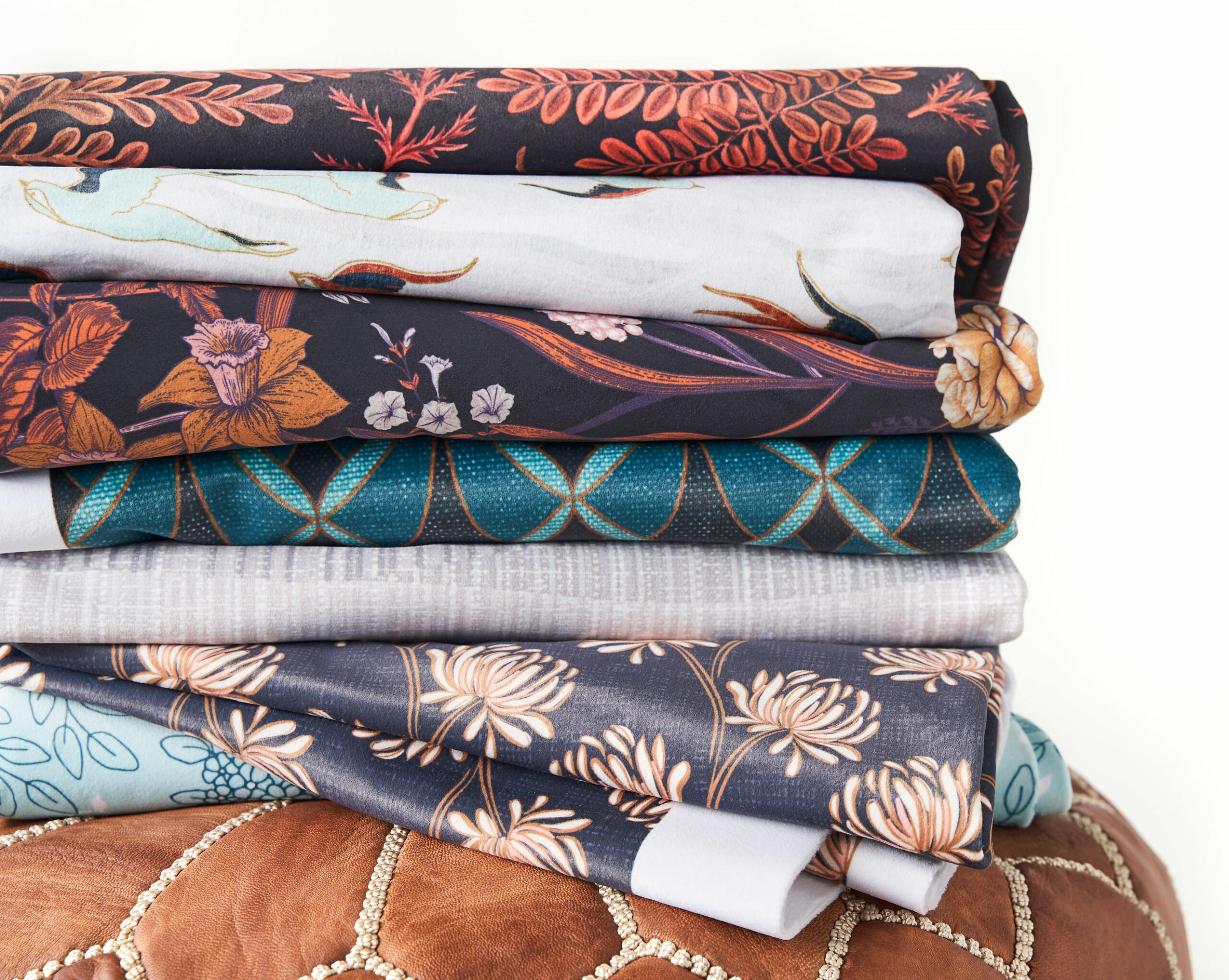 Hollywood Regency style began in the 1930s when Hollywood stars wanted to bring the glamor of their movie sets into their own homes.

According to real estate website Dirt, “set designs [of this era] emphasized pieces that showed well on camera because of their dramatic surfaces, attention to detail, contrasting of patterns and textiles, and creation of light and dark that could be captured in black and white.”

Hollywood Regency design follows those same notes, bringing those details, as well as other dramatic flourishes, into more everyday spaces.

What Are Some Related Interior Design Styles?

The style is also sometimes called Hollywood Moderne because, as The Spruce notes, Hollywood Regency is an “updated take on the interiors of the 19th-century Regency Era.”

Before we get into what Hollywood Regency is, let’s look at what styles it’s related to. House Beautiful explains some common focal points (and differences), “the furniture has a lot in common with mid-century in the silhouettes and clean lines, the details, such as pattern and color, are inspired by art deco”. 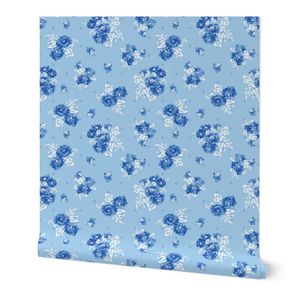 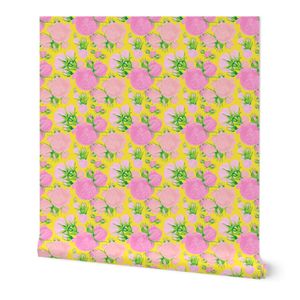 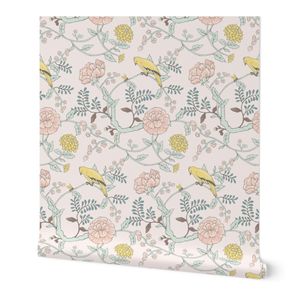 Goldfinch and Cabbage Rose
by nestboxstudio

Who Was Influential in Hollywood Regency Decor?

Two names come up repeatedly when it comes to who the stars, and then others, turned to get the Hollywood Regency look. Dorothy Draper and William (Billy) Haines.

Draper’s common design motifs were bold jewel tones, black-and-white floors, trellises, bamboo and palm fronds. Not dismayed by the fact that all those things in that last sentence are a whole heck of a lot, especially when put together, Draper was known to say “If it looks right, it is right.” Her interior design column ran in over 50 newspapers around the United States, meaning that many American housewives heard a lot about this philosophy too.

In fact, her taste was so popular that her cabbage rose chintz fabric sold over one-million yards! The photos over in this Curbed profile show that while she did have an eye for drama, she made it work.

William (Billy) Haines was also influential in popularizing the Hollywood Regency style, but had a more direct line to the stars. He was one. In 1930, Haines was the United States’ top-billed actor.

However, he moved from actor to interior designer when he was fired by Metro-Goldwyn-Mayer in 1933 for living openly with a male partner. Haines’ friendship with actress and former costar Joan Crawford, cemented his new interior design career when he redid her house. And both her friends and those wanting to emulate her followed.

According to Architectural Digest, one of Haines’ design hallmarks was creating low-slung furniture. Quoting client and best friend Betsy Bloomingdale, “He designed all of my pieces low to the floor. That way the people were grander, not the furniture.” Haines’ designs are still in production today.

Taking Inspiration from All over the World

To see both Dorothy Draper’s and William Haines’s styles back to back, see this post on A Beautiful Mess. 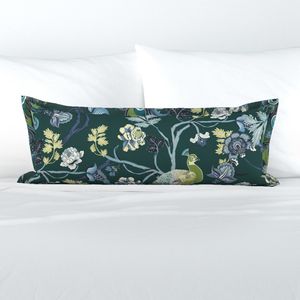 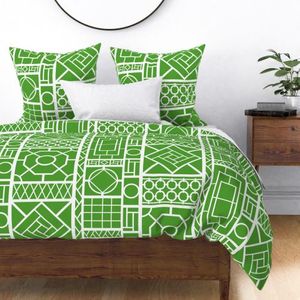 Trellis on 509d30
by danika_herrick 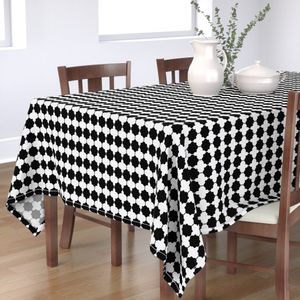 Quatre Black and White
by ninaribena

What Holds This Style All Together?

HGTV notes the style “focuses on making the home a showpiece for guests, and classic designers spared no shine, glitz or glamour in making that happen.” And when it comes to common Hollywood Regency motifs, lacquer and mirrors were popular in making homes literally shine and dazzle.

When it comes to glamour, that also means velvet. Or in Spoonflower’s case, Celosia Velvet™, something you can work into both your home and your personal style depending on your taste and budget. The feel and sheen of the fabric not only makes designs pop, it also makes for a dramatic look for home furnishings.

And in Decor Aid’s round up of Hollywood Regency motifs, they note two points which make for reasons to bring some of this style into your home that “your interiors will be sure to impress all of your guests” and because you can “pamper yourself by feeling like a Hollywood star every single day.”

Want to try making your own apparel and home decor with our Celosia Velvet?

Check out our tutorial posts here 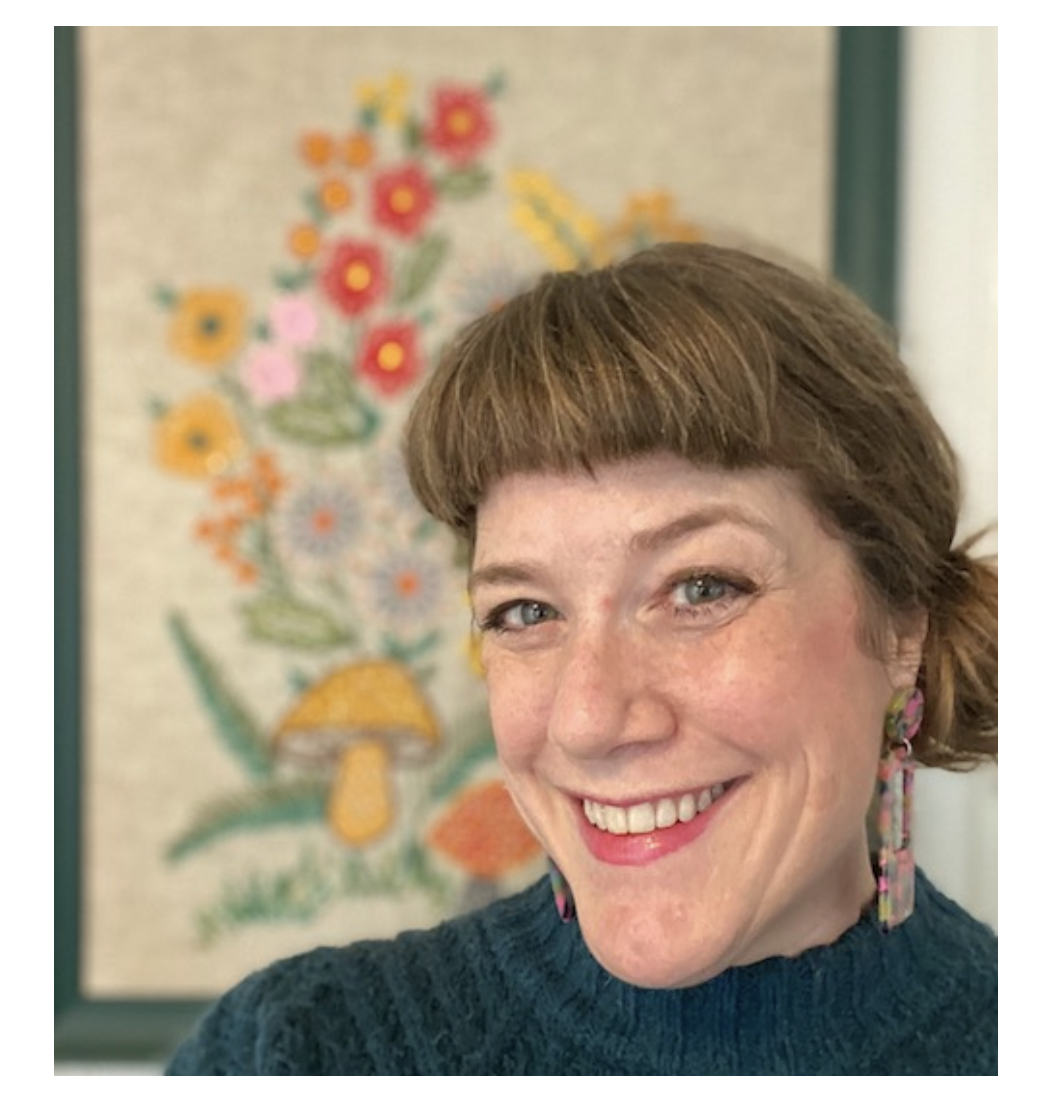 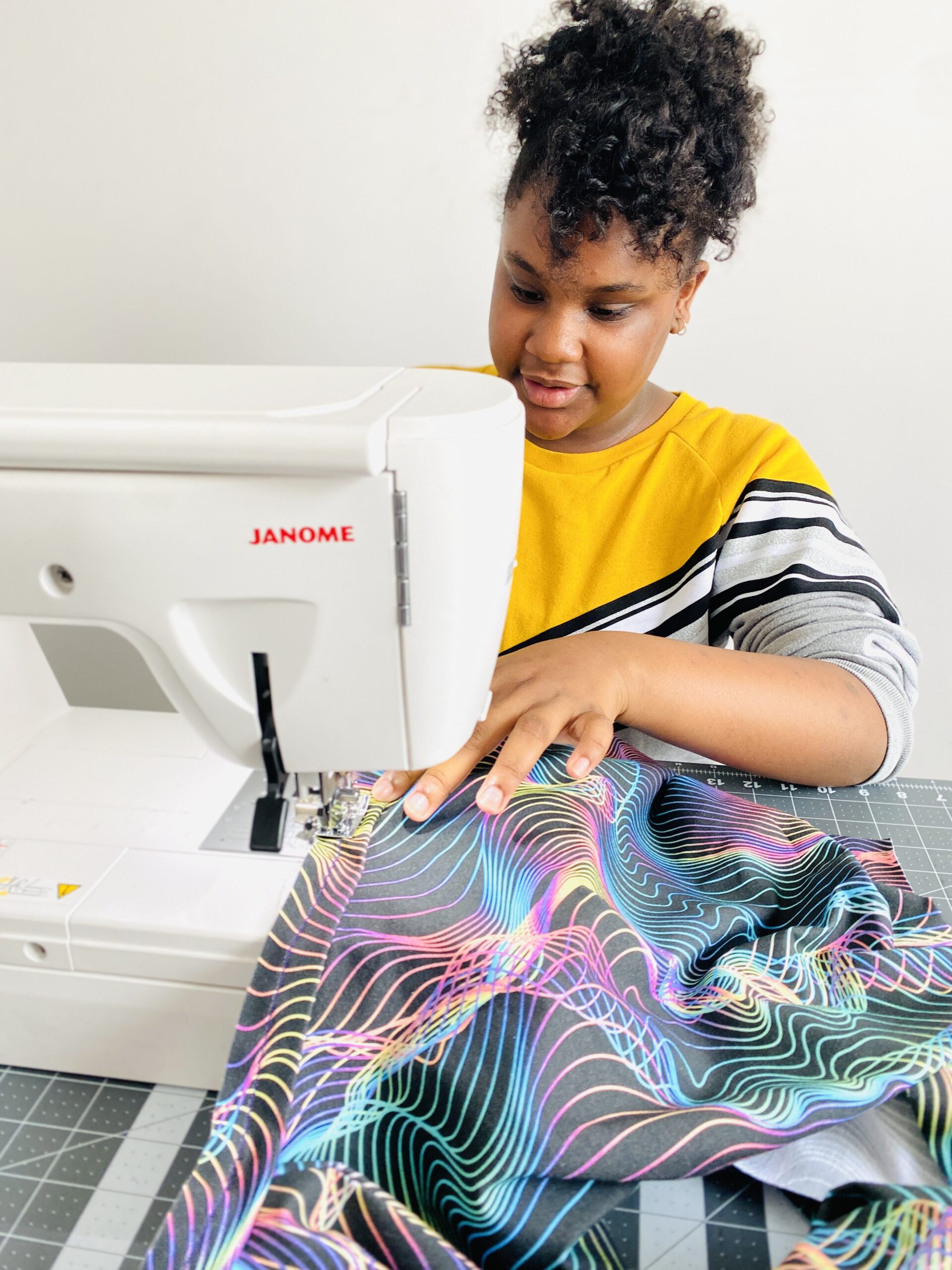 How to Self Draft a T-Shirt 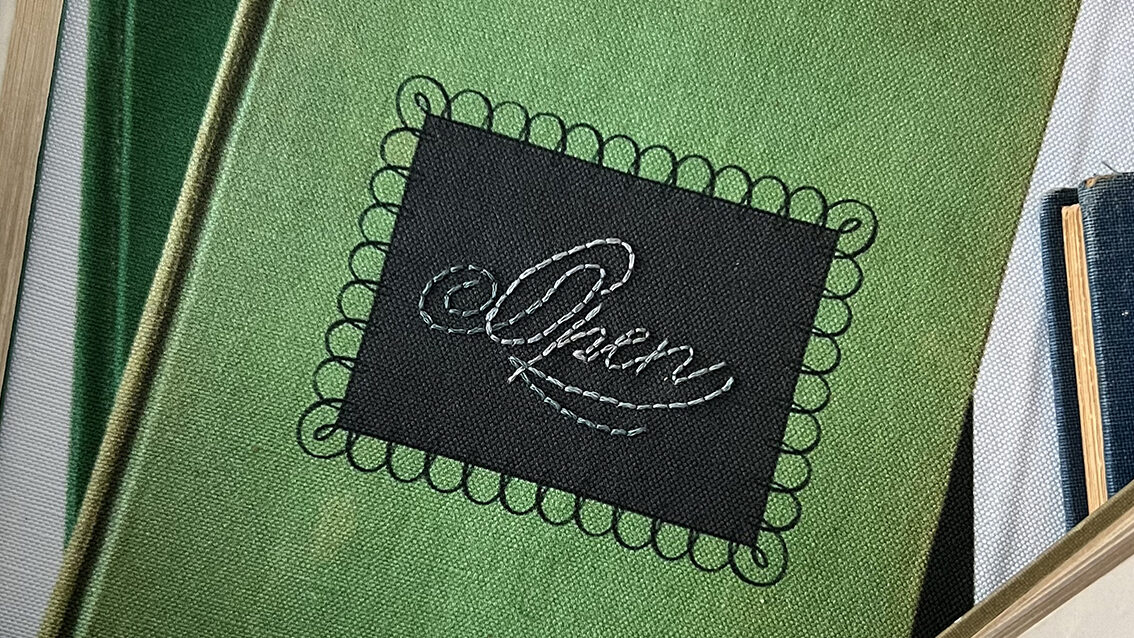 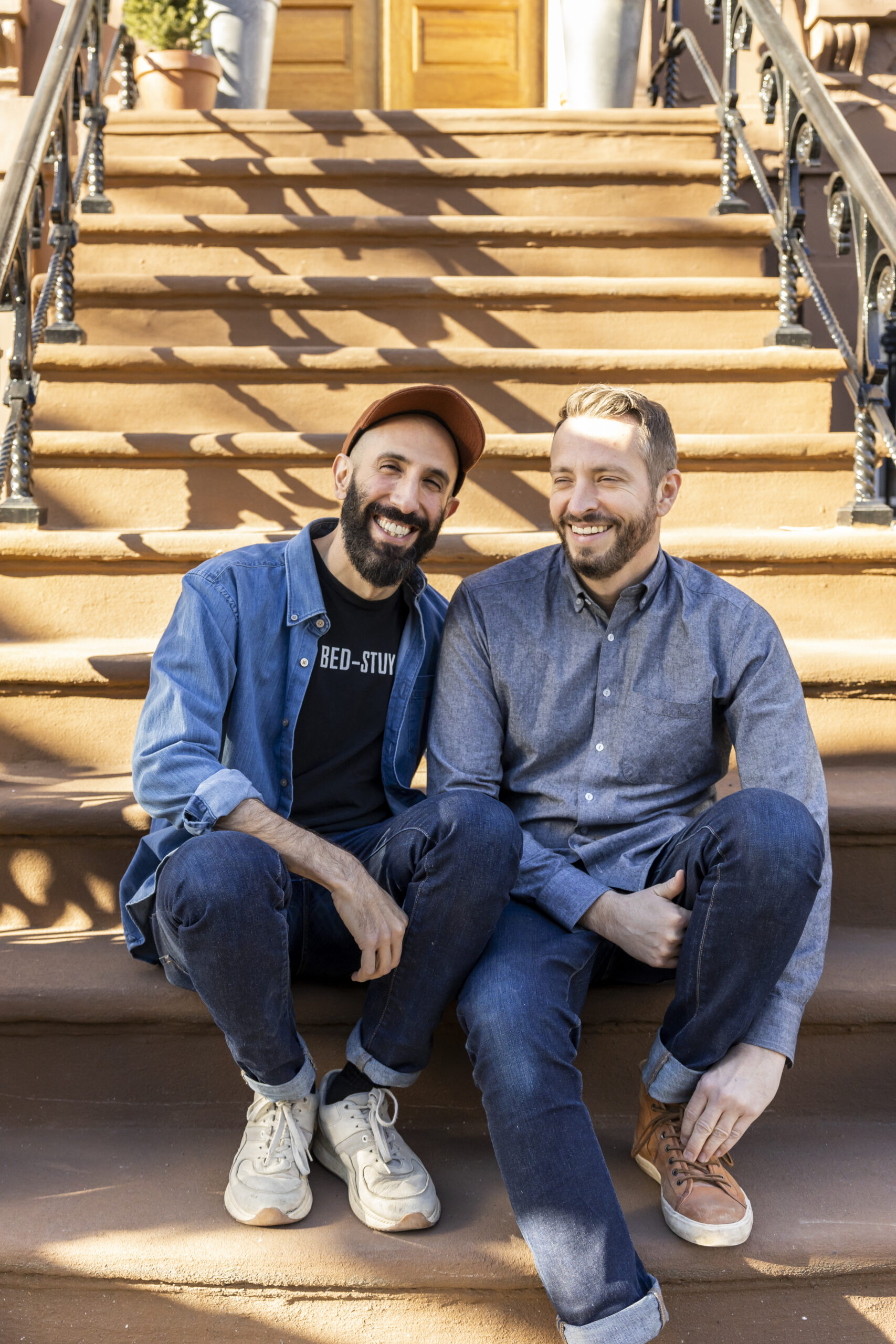 What It's Like to Build a Creative Business With Your Spouse