This is the third post in our series of project posts for the Spoonflower Staff Quilting Challenge.  Voting on this contest opens on Thursday, 3/14. 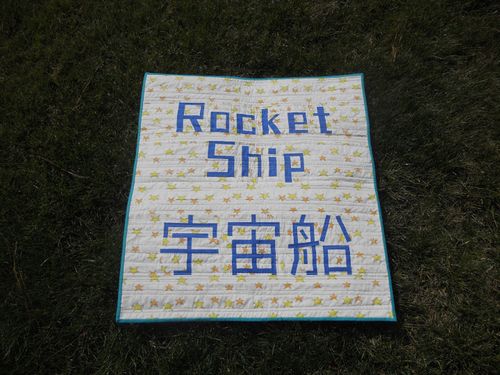 For this year’s staff challenge, our team consisted of Jaysen, Caitlin, and I (Sarah). It was great working with this group because we were all hired at the same time and have since diverged into different departments here at Spoonflower.

We brainstormed for a while on some different ideas but we liked the concept of creating a quilt to give to someone as a gift. Caitlin’s brother and sister-in-law, who currently live in Japan, are having twin boys in May and we loved the idea of making a baby boy quilt for them to enjoy. We chose rocket ships (because what little boy doesn’t like them?) and Caitlin’s brother graciously provided us with the Japanese kanji for the word.

Jaysen began designing a rocket ship print that would be used for the backing of the quilt. 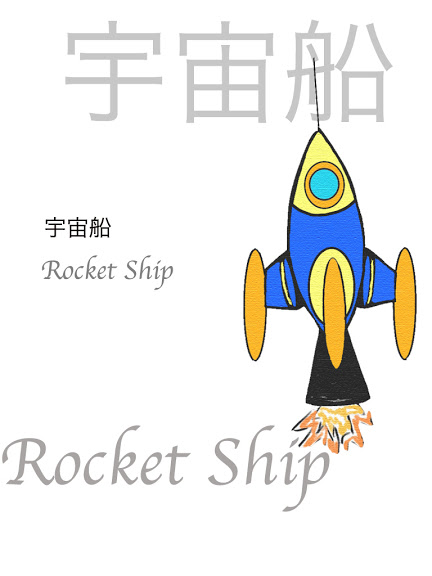 He also created a yellow star design that would be the background of the front of the quilt. 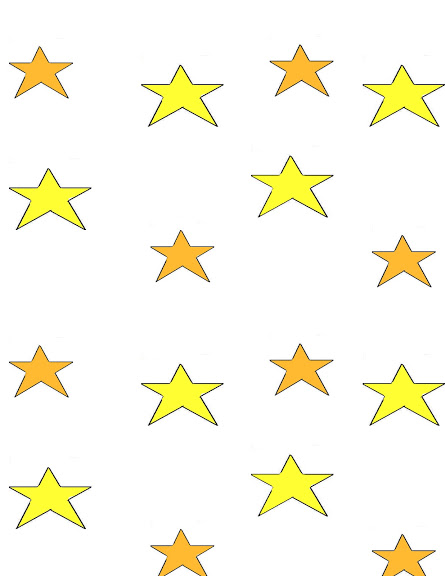 For the lettering we decided to use templates, which Caitlin purchased online from modern quilter, Elizabeth Hartman, who does refrigerator magnet style quilt blocks in several different sizes. 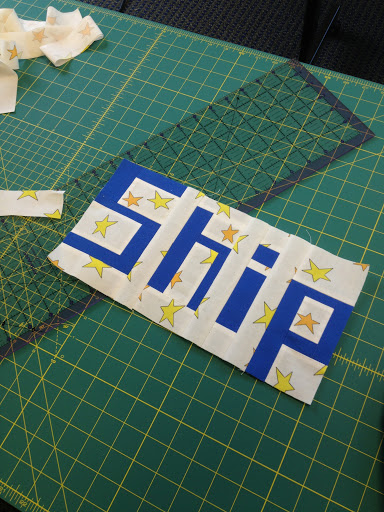 She also purchased some solid fabrics from Joann’s, which matched two of the colors from the rocket ship design. We used these for the lettering on the front and the binding. 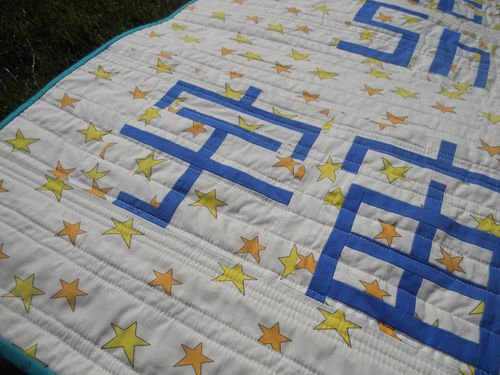 We didn’t have a template for the Japanese characters, so Caitlin created her own pattern using the same kind of technique as the lettering. This proved to be the most time-consuming part of the project, with one character using almost 50 pieces! 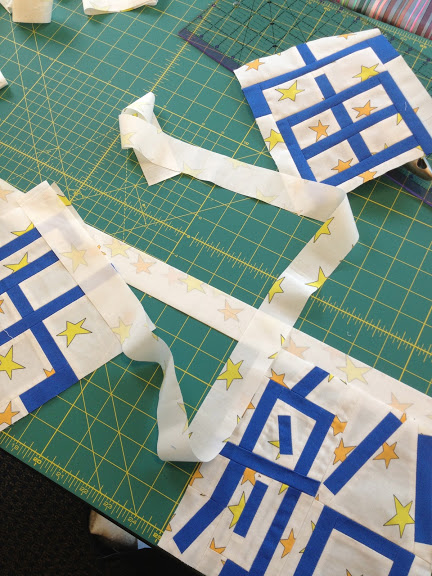 Caitlin did organic straight line quilting across the width and finished with a beautiful teal binding around the edge. 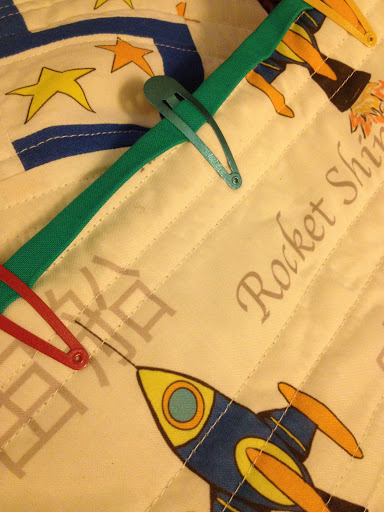 We hope this quilt will be used and treasured by Caitlin’s new nephews for a long time! 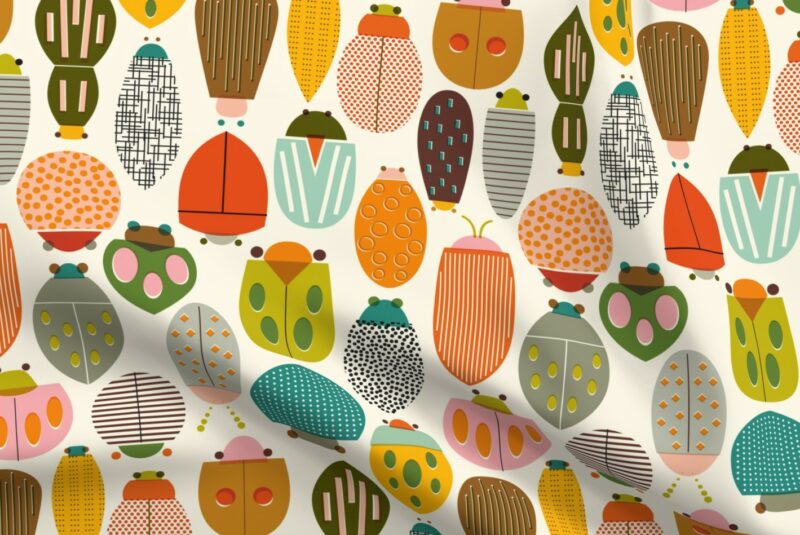 See Where You Ranked in the Retro Bugs Design Challenge 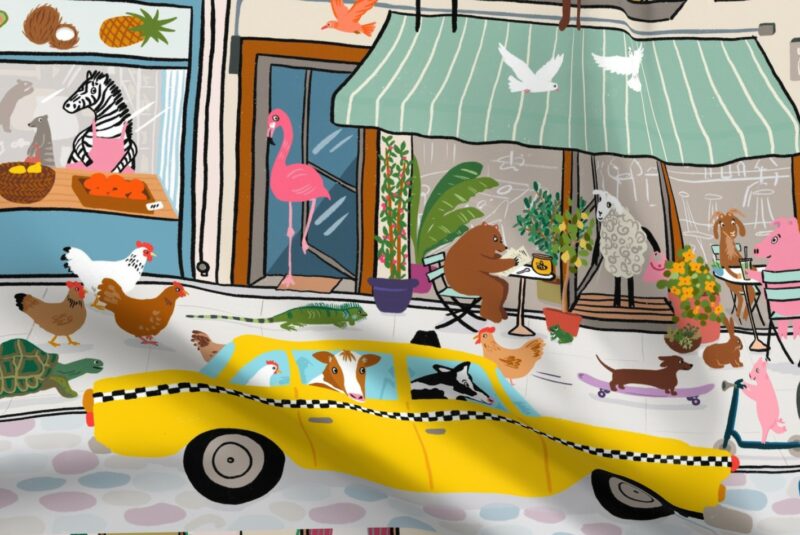 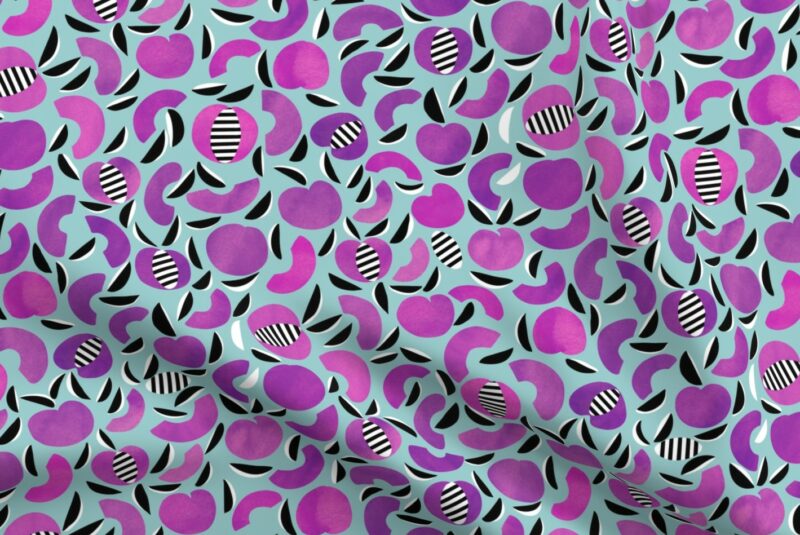