This is the tenth post in our series of staff projects created for the Spoonflower Staff Quilting Challenge.  Voting for this contest opens on Thursday, 3/14.

It was another peculiarly Baumy winter day in central North Carolina. The industrious denizens of this fertile Durham seed bed, the Spoonflower custom fabricators, were churning out yard after yard of one-of-a-kind fabric, their eyes alight with the joy that only they can know. Not one among them noticed that the wind began to switch and that the sky had become a bruise-colored, ominous grey-purple-green (Pantone Tornado Green).  This could only be the harbinger of one thing — the annual Spoonflower staff challenge.

“It’s a twister, it’s a twister!” shrieked David shrilly from the help desk. The shutters clattered and the winds whipped up, sending stacks of swatches swirling skyward, swatches of lions, swatches of tigers, and swatches of bears. “Oh my!” everyone shouted, clustering in groups of three, bracing for the brunt and screaming above the din, “What ever will we do?”

Tossed over the rainbow of colorful fabric, Janet, David, and Stephen B. found themselves thrown together to face the challenge. Yet each was woefully doubtful of the skills they possessed and unsure of how to move forward in the changing landscape of Spoonland.

Fortunately one among us had the courage to step forward with a bold idea.

David, the father of two young children, shared his secret love for the Oz stories, especially the many wacky illustrations that filled the pages of these stories.

We agreed that these images would make a great story quilt of popular childhood memories.

David located all of the images on gutenberg.org. He saved the images and opened them in Illustrator. To adjust the images, he used the “live trace” feature and then increased the scale of the images so they would suit our needs for the quilt. After saving them, he uploaded them to Spoonflower and ordered some test swatches to see how they looked. The initial prints needed some adjustments to produce good resolution printing on fabric. David then made a master file sized for the quilt we were going to make and dropped the images into it.

Janet, our “Tin Man,” brought the brains and skills to the operation. Her well-oiled sewing skills turned the printed fabric into an actual quilt. To make the quilt she took the front and back panels and combined them with a batting layer using scissors, a sewing machine, safety pins, push pins, embroidery thread and a needle. She layered the front panel, batting layer, and back panel so that both printed sides faced out, using safety pins to hold the layers in place.

She then folded the edges of the front panel over the batting and around the back panel, pressing the edges and pinning them in place as she went.  Using a sewing machine she sewed the folded edges in place following the edge all the way around.

Finally, to create the hand-knotted texture we quilted all three layers together using embroidery thread and a needle.

And when we awoke… 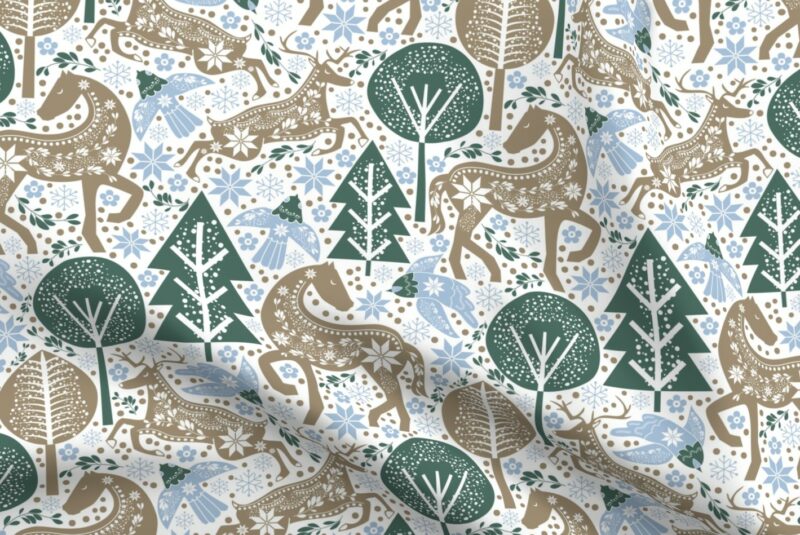 See Where You Ranked in the Petal Solids Coordinates: Calm Design Challenge 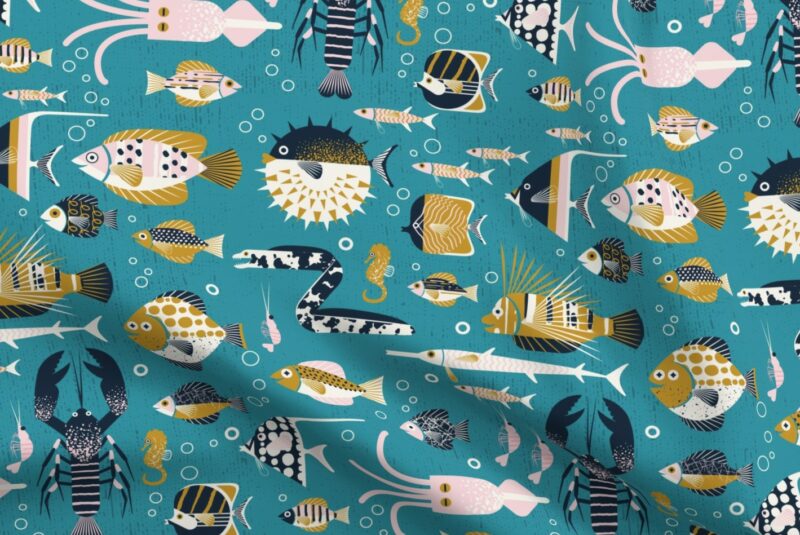 See Where You Ranked in the Petal Solids Coordinates: Joy Design Challenge 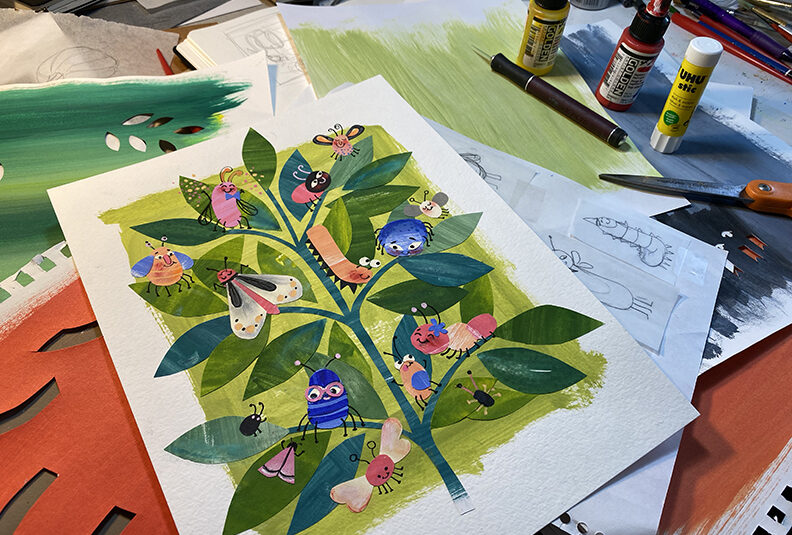 Meet the Artists Behind 7 Unique and Trending Wall Hangings