This is the sixth in a series of posts describing the projects that are part of our 2012 Spoonflower Staff Challenge. Voting begins on Thursday, March 15, 2012. 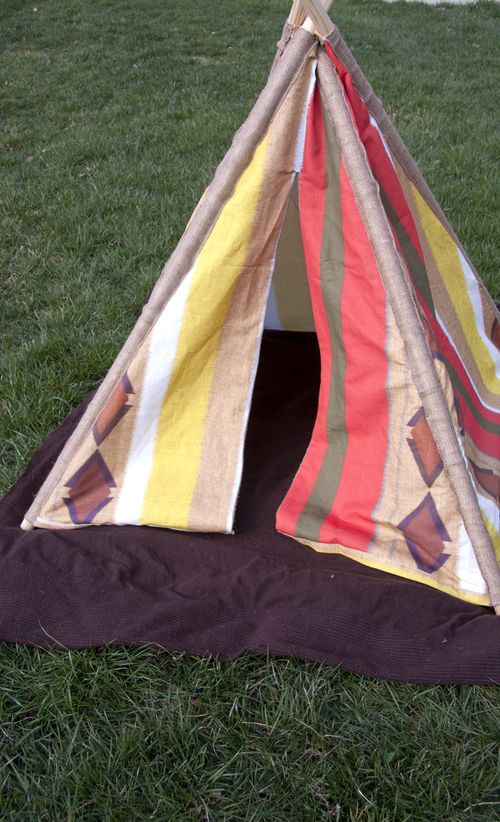 Kelly’s Introduction:  When I (Kelly) first heard about the details of the staff contest I immediately thought teepee. I had been wanting to make one for my niece for quite some time so I thought this might finally get me motivated. I suggested the idea to Mary and thankfully she was on board!

The first step was finding a tutorial that was easy to understand. I googled “how to make a teepee” and quite a few tutorials came up. I chose the one on Crickets. I love a tutorial with tons of pictures and she did not disappoint. The directions were clear and it made the whole process pretty easy. 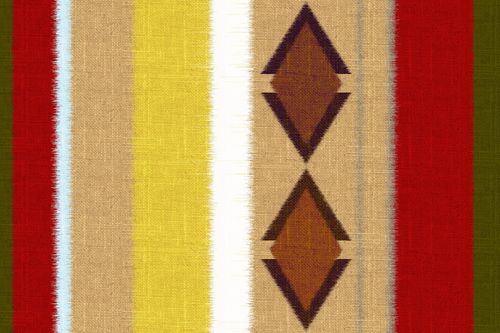 Next was designing the fabric. Mary was nice enough to take over this portion of the project. I know nothing about Photoshop, so I was happy to leave it in her hands. We talked about doing something Navajo inspired and she came up with a couple different variations.

Mary on Designing the Fabric:  When looking for inspiration for the design I admit I didn’t have to look very far.  Traditional Native American weavings are lovely with their geometric shapes and bright colors. This gave me a lot of ideas to work with.  I knew that I wanted to work with a faux ikat design and found a great tutorial here:  How to Make “Tenun Ikat” Looks with Digital Prints.  It was a little slow going at first since I had never used Photoshop for anything other than photos.  Once I got the hang of what I was doing, I played with a few color schemes before finally having fat quarters printed on our linen/cotton which is my favorite of our fabrics before deciding on the final design. 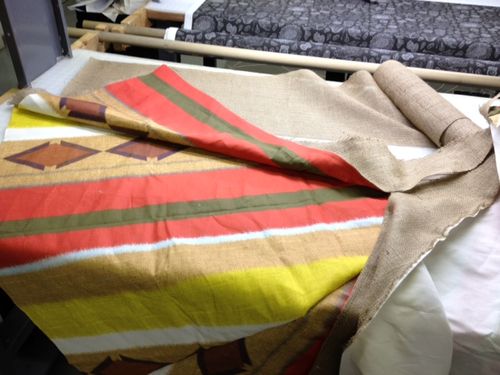 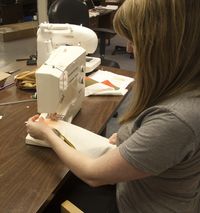 Kelly on Assembling the Teepee:  Once the 6 yards of fabric needed was printed, we carefully read through the tutorial and started cutting down the fabric. Mary made the front panel with the opening and I assembled the rest. We used burlap to line the front panel and to make the rod pockets.

I purchased 4- 2 ½-inch x 5 ft. long dowel rods from Home Depot. We inserted them into the rod pockets and a teepee was born! I think we both learned a few new things from this project. I’m now convinced that if I’m ever stranded in the woods with my sewing kit, I won’t have to go without shelter! 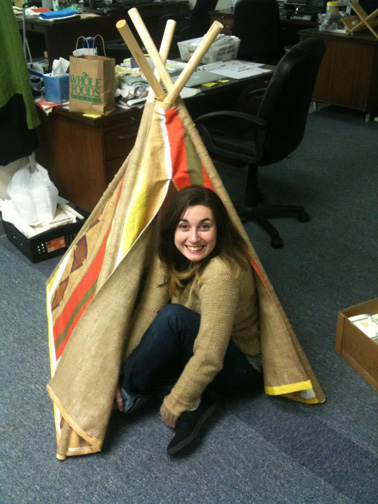 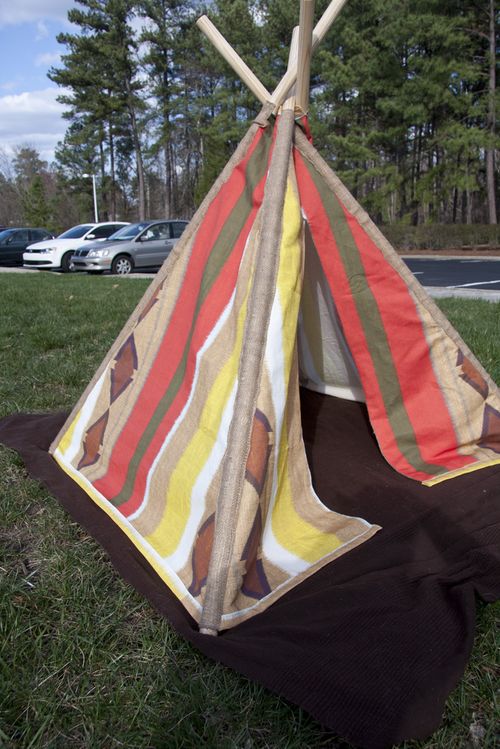