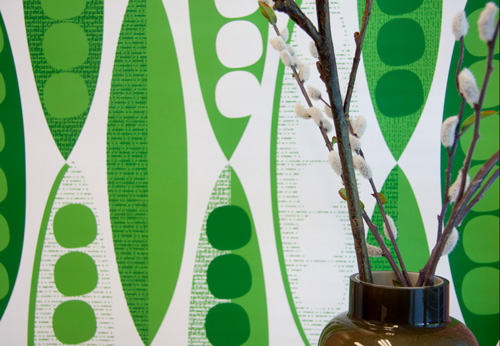 Around the office, we're mad for mod wallpaper, which is why we love this week's top 10 so much. But it's also an exciting week because it's the second win in a row for UK designer Alex Morgan (and her sixth win over the history of our design challenges). We're planning a special toast to Alex as soon as the cocktail cart comes around.

Due to some technical problems last week on the day our weekly email went out, voting participation was lighter than usual. But the results were:

END_OF_DOCUMENT_TOKEN_TO_BE_REPLACED

If you're looking for wallpaper for the backdrop behind your cocktail bar, look no further than the entries in this week's contest. With around four hundred submissions this time around, voting is not quick, but it's certainly a lot of fun. We'll post the winners next Thursday!