**Voting for the Staff Challenge starts this Thursday, March 13th!**

It is a Spoonflower employee's most eagerly awaited time of year — the Staff Challenge! Yes, it's the time of year when the tables turn and Spoonies create their own surface designs for the world to judge. Take a peek at what happened behind the scenes last week: 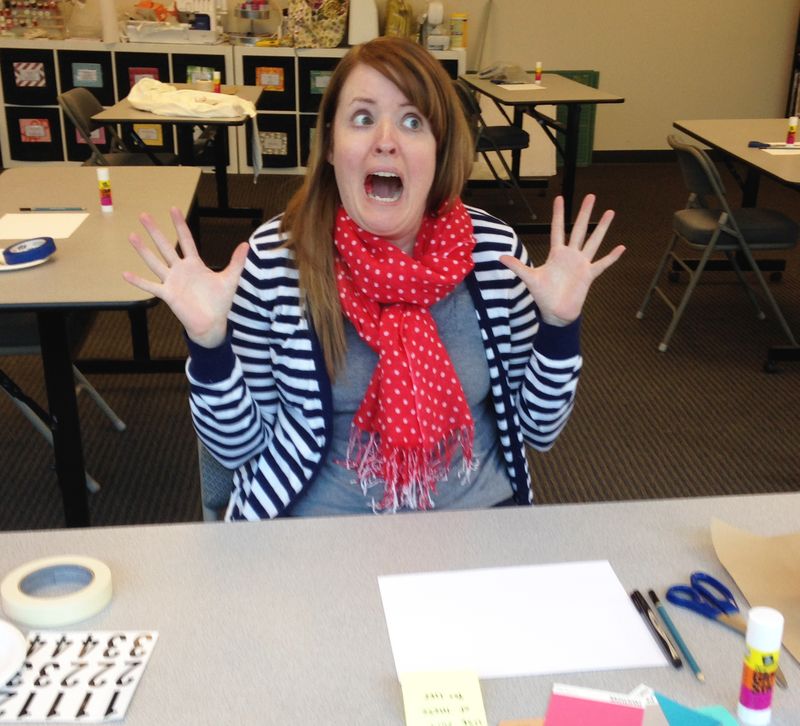 Kelly reacts to this year's challenge.

In previous years we asked team members to create entire projects made from fabric they designed, the outcomes of which included 2012's LED-lit world map and last year's fully quilted Map of Spoonlandia. But we decided that this year we'd try something a little different to both simplify the competition a little and to up the ante.

The 2014 Spoonflower Staff Design Challenge was Iron Chef meets Mystery Build: Employees had just 1 hour to come into the Greenhouse and create a fabric design using only the mystery materials provided. Designs were collaged and then scanned to upload onto Spoonflower.
To level the playing field for the novice designers in our midst, we allowed very limited digital manipulation of the entries. Contestants could use basic cropping on the scanned images and, after upload, they were allowed to employ Spoonflower's color changer and repeat tools. At the end of an hour the entries were finalized and entered. Easy, right?! 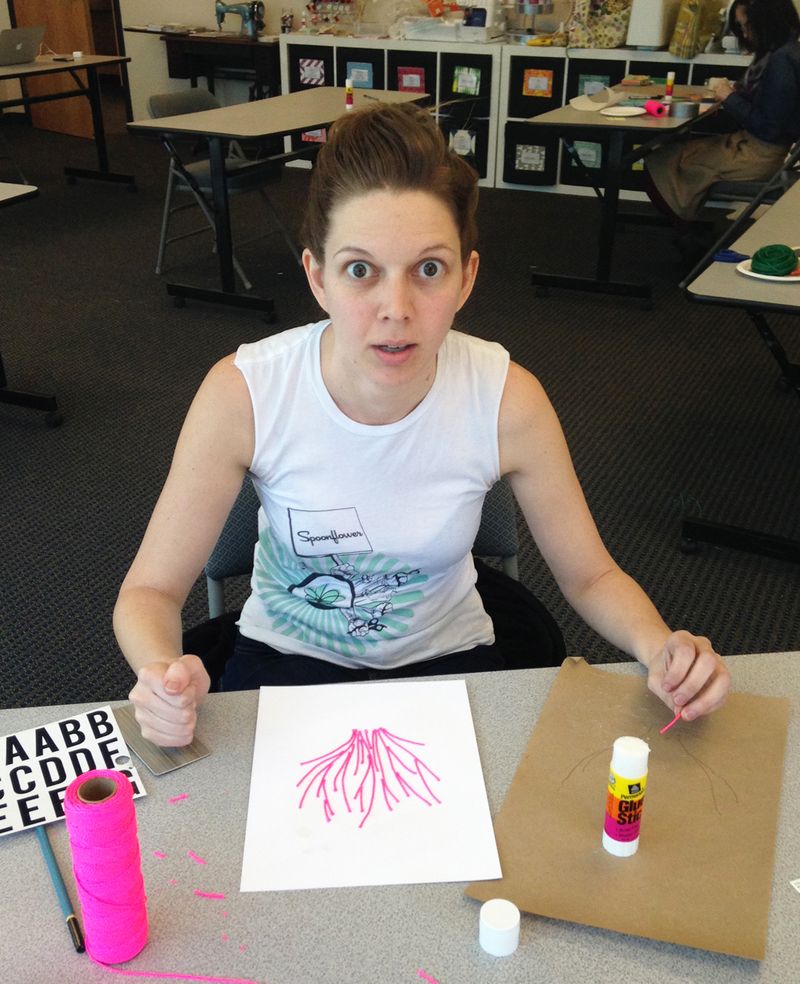 Janet gets an update on her time remaining!