This is the thirteenth in a series of posts describing the projects that are part of our 2012 Spoonflower Staff Challenge. Voting begins tomorrow! 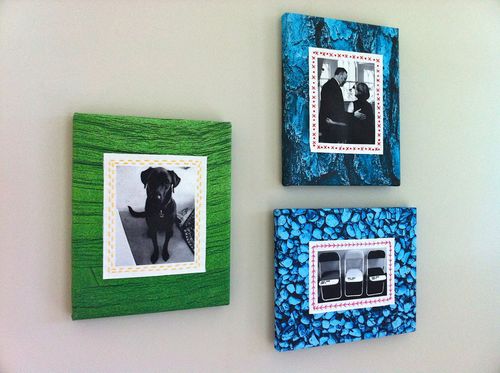 Thomas and Caitlin’s team was one of the cursed third shift/first shift pairings. This made it a little challenging for them to plan their project, but they were able to carve out time to meet up when their brains were both working.  Sort of.  (Coffee helped.)  After several wired brainstorm sessions, they decided to create stretched fabric canvases that would act as frames for photos. Thomas used his rusty Photoshop skills to manipulate some awesome, textured photos that he and Caitlin had taken into neon texture wonderlands. After some color tweaking with the handy dandy Spoonflower color guide, the designs were printed onto linen/cotton canvas and were ready to be stretched and stitched by Caitlin!

Caitlin stretched the fabrics over some 8-inch x10-inch stretcher bars purchased at a local craft store using a staple gun and a bit of elbow grease. 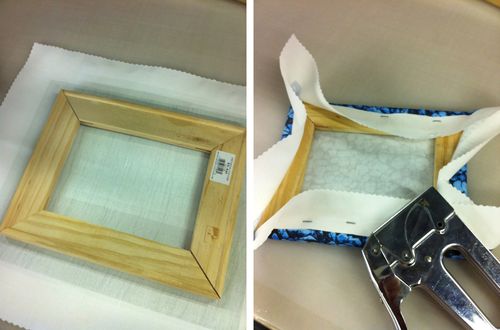 Lining everything up at this juncture is crucial so that the background fabric doesn’t get distorted, bunched up, or gets stapled too loosely onto the frames. (Also, avoid stapling yourself!) 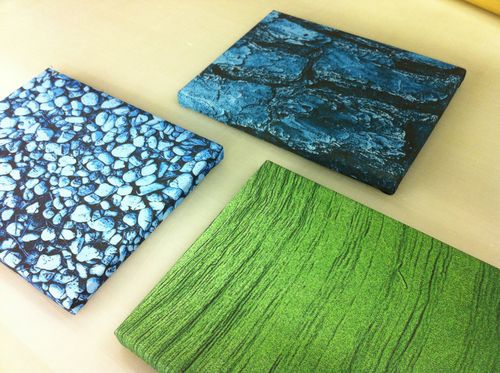 After stretching the background fabrics onto the frames, Thomas and Caitlin met up again with their selected photos to decide how to attach them to the background fabrics. Thomas put those rusty Photoshop skills to use once again to tweak the photos a bit before printing them onto linen/cotton canvas. Caitlin, with her mighty embroidery prowess, suggested attaching the photos with different embroidery stitches in the photo margins using bright, neon floss. 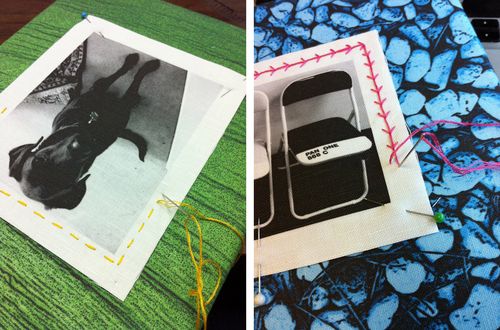 The idea was finalized and after some finger-pricking fun, the final product was finished! 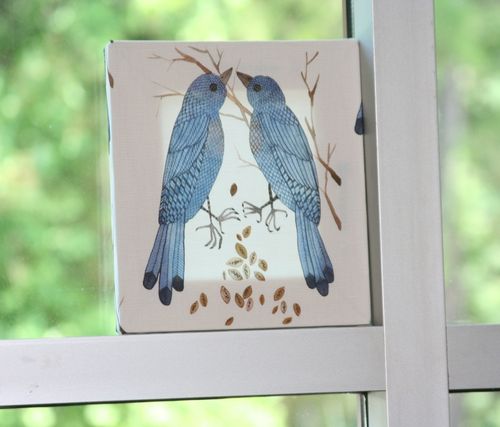 Having just snapped a photo of one of the fabric frames Spoonflower team member Caitlin has in the window by her desk, I decided that rather than sharing it by itself it might be a better idea to post the photo in the context of a short, very simple (very) tutorial:

Creating a beautiful frame to hang on your wall — or place in your office window — using Spoonflower fabric is an easy and inexpensive decorating idea that costs less than $15. A fabric frame also makes an affordable and original gift!

Quilting-weight cotton works fine for canvas stretcher frames, but for a more sturdy fabric that holds slightly denser color from the inks you might choose linen-cotton (see available fabrics). We used Gollybard's fabric for the frame pictured above, but Spoonflower is full of unique fabrics that would work just as well!