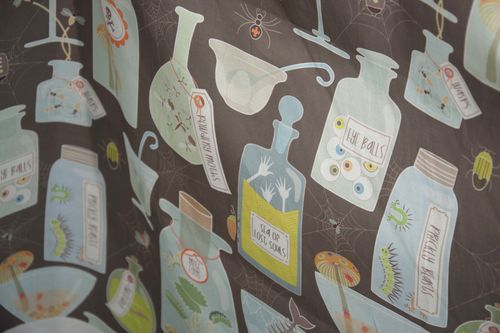 Apologies for not posting this last week… but just in time for trick or treating we announced our latest design contest, which spawned ten of the creepy (cutie) crawliest fabrics you've ever seen. Our winner is one of Spoonflower's all-time champs, Tamara Serrao, also known as Kayajoy.

The final votes were: