As a cluster of great bicycle fabrics came into the final stage of this week’s competition, one designer broke away and finished the week wearing the yellow jersey (or interlock knit, in our case). She is Ine Beerten (Zesti), a Dutch Belgian illustrator (so sorry, Ine!) whose work we’ve had reason to admire previously in the Project Selvage finals from last year, as well in our kite and carousel contests. Congratulations, Ine!

1. 637 votes for Vive Le Tour de France! by zesti
2. 536 votes for Bicycle Under The Tree by melisza
3. 533 votes for Here and There, Near and Far, This Way or That by gsonge
4. 522 votes for As I Ride by jeannemcgee
5. 502 votes for Retro Bicycle Love (Green) – by ebygomm by upcyclepatch
6. 497 votes for bicycle or grapefruit ? vélo ou pamplemousse ? by cassiopee
7. 476 votes for Penny Farthing red by melissamelissa
8. 417 votes for City Bikes by gracedesign
9. 412 votes for Me and Minnie May by addilou
10. 411 votes for Circus Bicycles by pennycandy

END_OF_DOCUMENT_TOKEN_TO_BE_REPLACED

Moving from the ocean to land (in a string of contest themes that is starting to look suspiciously like a fabric triathlon), this week's contest theme is bicycles. Father's Day is still a ways off, I know, but I can tell you right now that a tie made from an appropriately small bicycle print would be an outstanding present!

1. "B is for…Bicycles" (Pink Version) by jubilli
2. 2_wheelers by circlealine
3. A BICYCLE BUILT FOR [THE SQUARE ROOT OF] TWO by theboerwar
4. A Bike with a Heart of Gold by thatrossiart
5. A Blooming Twirly Ride by vo_aka_virginiao
6. a perfect day by scrummy
7. A Spring Ride by kdl
8. Alice_Nicol-_Spoonflower by alice_nicol_designs
9. All You Need For Speed by tscho
10. An Ode to My Bike by my_zoetrope

END_OF_DOCUMENT_TOKEN_TO_BE_REPLACED 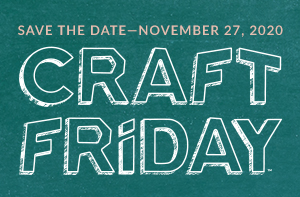