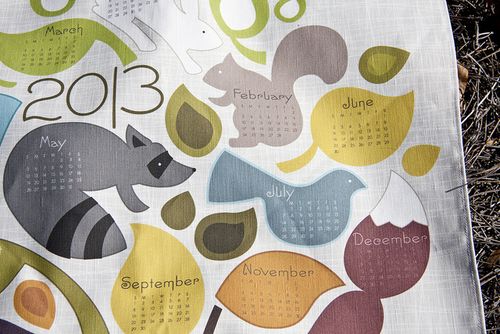 Just
as we wrap up our 2013 tea towel calendar contest, we're kicking off a
one-week sale on fat quarters that will allow you to buy two of these
fabulous tea towel kits for the price of one. It's a great chance to get
some early holiday shopping done! Congratulations this week go out to
designer JeAnna Casper, whose Seasons calendar design is this week's winner.