Is one of your goals this year to travel more? After scouring list after list of the world’s best festivals, we handpicked 12 of our favorite reasons to step out of your comfort zone and experience something new. From events steeped in tradition to completely modern affairs, these rousing festivals had us ready to pull out the passport. Be sure to check out the corresponding design collections we curated around each theme for even more inspiration. Here’s to a wild and wonderful life!

If cold nights and bonfires are your thing, you may really enjoy this historic—and fiery—celebration of the history of the Shetland Islands. Since the 1880s, the Up Helly Aa festival recognizes the history of the Scandinavian Vikings that once owned and inhabited the Shetland Islands. There is dressing up in traditional Viking garb, up to 1,000 torch-bearing locals parading through town, and the piece de resistance, setting a traditional Viking longship on fire. Having your own bonfire on a smaller scale? Try one of these designs on a s’mores kit zipper pouch that the kids will love.

Shop the Up Helly Aa Collection

Some say that the word “carnaval” (in Portuguese) comes from the Latin word “carne vale” meaning “farewell to the meat”, as this festival is held before the Christian holiday of Lent. Either way, the party has evolved from just food to dancing, parades, floats, music and more. It’s a wild and crazy time—up to 2 million people are in the streets of Rio de Janeiro celebrating each day. If you want to channel some of that cheer, apply one of these designs to your next swimsuit for a beach party.

“Never play anything the same way twice,” said Louis Armstrong. Which is why the International Jazz Festival might be just the thing you need to find a new groove. As the seasons turn to autumn in South Africa, get your ticket to see international and South African artists alike (the festival boasts a 50/50 split respectively) at the continent’s largest jazz festival and the biggest music event in sub-Saharan Africa. Here are some designs that are perfect to jazz up a luggage tag.

To celebrate Thai New Year, the country comes together for what has been deemed “the world’s largest water fight.” Water is spiritually purifying in Thai culture, and it is believed to bless you with fortune and happiness for the year ahead. What started as ritual bathing of Buddha images has really evolved: crowds of people roam the streets with water squirters and buckets to douse each other (and visitors or tourists). With average daily temperatures in April hovering around 95 degrees Fahrenheit in the area, you’ll want to make a breezy Chiffon robe in a design inspired by this festival to keep your cool.

This festival is a really “gouda” time for anyone who likes fine cheese and a downhill tumble. Since the 15th century, this festival has people looking sharp: a 7-9 pound round of Double Gloucester cheese historically rolls down a large hill while locals (and international cheese-chasers) run after. While the cheese was replaced by a foam replica for safety reasons, the first one to the bottom still takes all the “cheddar.” More interested in enjoying cheese than chasing it? Try our reusable food wrap DIY project, which is biodegradable!

One of the largest Pride marches in the world, over two million people join together in New York City, US every June to celebrate the LGBTQIA+ community. Live performers, dance parties and street festivals add to the energy throughout the month, where inclusivity and personal expression are paramount. Show your support with this beginner-friendly DIY of a custom Pride flag during the parade and then meet some of the incredible Durham community members that work with the LGBTQ Center of Durham.

Since 2005, this event has drawn electronic dance music fans from around the world as they gather to see the world’s best DJs drop the beat over two weekends in July. With over 400,000 fans in attendance, it is one spectacle of lights and music, but there’s also a larger underlying theme: a positive respect for Mother Nature and each other. Plus, it’s hosted in a city named Boom, which, let’s face it, is just completely apropos. Don’t forget to make yourself a stretchy headband in the perfect design to keep cool while dancing.

A must-see event on many travelers’ bucket lists, La Tomatina is one of the world’s largest food fights, held in a small town in Spain. Believe it or not, this has been a tradition since the 1940s, though no one knows how it started. With over 100 metric tons of overripe tomatoes thrown in recent years, it’s quite a scene. Since there are only 20,000 tickets allowed for the hour-long fight, claim your spot early—and don’t forget your goggles. Celebrating in your kitchen with local tomatoes instead? Sew up a retro half-apron inspired by this summer fruit or make the Spanish classic Pan con Tomate.

The biggest beer festival in the world with over seven million litres served, there are plenty of tasty options to go around in Munich. Locals and visitors alike dress in traditional Bavarian garb of lederhosen and dirndl, while food tents serve up local grub like Schweinhaxe (roasted pork knuckle), Knödel (boiled dumplings) and pretzels. Make a money pouch from an on-theme design, so it’s easier to treat your travel companions to a delicious Märzen.

Several thousand years ago, the Aztec, Toltec, and other Nahua people welcomed the dead (who remained members of the community) temporarily back to earth during Día de los Muertos. Combining pre-Hispanic cultures and Christian feasts, today’s festival has evolved into Mexico’s most colorful yearly event, showing respect to family members who have passed on. Traditions range from altars in the home to a grand parade in Mexico City, where revelers dress in calavera Catrina and wear noisemakers to keep spirits close. Designs in this featured collection would be perfect for your trip; plus don’t forget to make this DIY photo garland featuring historical family photos.

The Hindu “Festival of Lights”, Diwali celebrates the symbolic triumph of good over evil. Revelers dress in colorful saris (red and turquoise are popular colors), with jewelry and henna paint as adornments. The five days of festivities align with the Hindu lunar calendar, which falls in November this year. Whether you’re baking up traditional sweets at home or traveling to see the colorful lights in person, these patterns based on traditional ikats, mandalas and more might be the perfect thing for a new set of napkins.

We’re heading Down Under for the final festival of the year. As the world’s largest fireworks display with over 30,000 pyrotechnic effects, this event also happens to be one of the first places to ring in the New Year as far as time goes. Second only to Rio de Janeiro in terms of the largest NYE party in the world, over 1 million people go to see the epic show along the Sydney Harbor, where illuminated boats brighten the night. Celebrate your year’s highlights by making photo magnets for your fridge (P.S. – you can make 36 magnets for under $10!)

From tomatoes to taleggio, there’s no shortage of unique festivals in 2020. Find even more inspiration for on-theme handmade outfits in the Marketplace and curated festival collections. 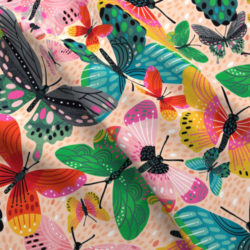 Spoonflower Spotlight: 3 Designers to Keep an Eye on This Month

How to Mix and Match Patterns Like a Pro 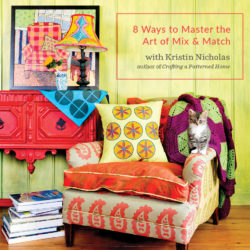 Master the Art of Mix & Match with These 8 Tips 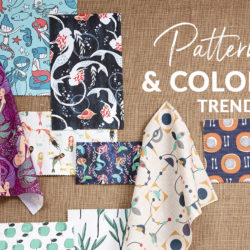 « 4 Easy Ways to Make a Fabric Wall Hanging
Spoonflower Spotlight: 4 Designers to Keep an Eye on This... »
We use cookies to enable and enhance your site experience. By continuing to use this site, you agree to our use of cookies.OkLearn more