It’s not every day that you get to meet a designer who lives on the Isle of Man. Vicky Webb (crumpetsandcrabsticks) designs from atop a hill overlooking the quay in the Isle of Man’s capital, Douglas. The picturesque island is nestled between England, Ireland, Scotland and Wales. Keep reading to learn about Vicky’s sources of inspiration and all the tools she has in her designer tool box!

How does your average day begin?

On my design days, I try to start with a ½ hour run around the beautiful Douglas headlands, and will likely then include a cuddle with the cats, and a cup of (locally roasted) coffee before getting my head down at the PC for a few hours.

When I’m in my studio, I feel…

at home, considering that my workspace is essentially half of my living room.

What’s in your toolbox?

I largely use watercolors and soft pencils, but you’ll likely find anything and everything, from book binding equipment to flower presses, my old Singer 99K, printmaking tools, and bits in between. I hate to throw things away so I also end up recycling a lot of materials. [Editor’s note: Vicky even showed us how to make a crocheted rag rug using fabric scraps last year during Earth Month!]

I fell in love with design when…

I was very young–cliché, I know. On public transport, I would try and work out how the awful patterns on the carpet-like fabric repeated. I didn’t realize you could make a living from pattern design until about halfway through my illustration degree at the University for the Creative Arts (UCA)!

Who or what influences or inspires your work and why?

The majority of my work is heavily influenced by nature, as well as mathematics and history, to a degree. I try not to be too influenced by other designers or their particular styles. 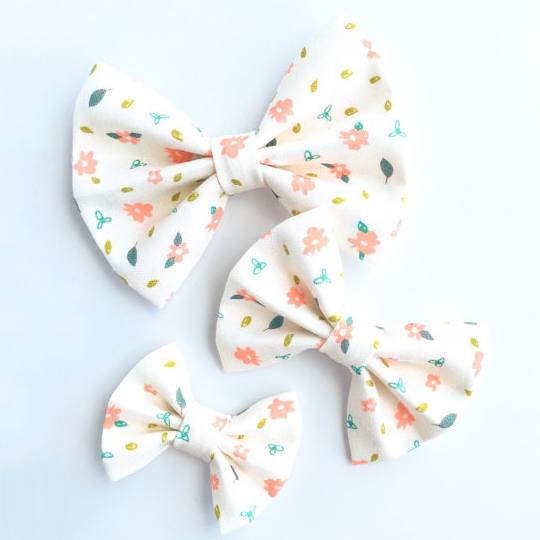 Ellia May Bow designs by crumpetsandcrabsticks on Etsy

What are your favorite small or independent shops?
There is a strong ‘shop local’ sentiment on the island, so there could be a list as long as my arm. But across on your side of the pond, there’s a wonderful new company called Card Isle who make booths that print your greetings cards right there and then for you, increasing design options, and reducing waste. 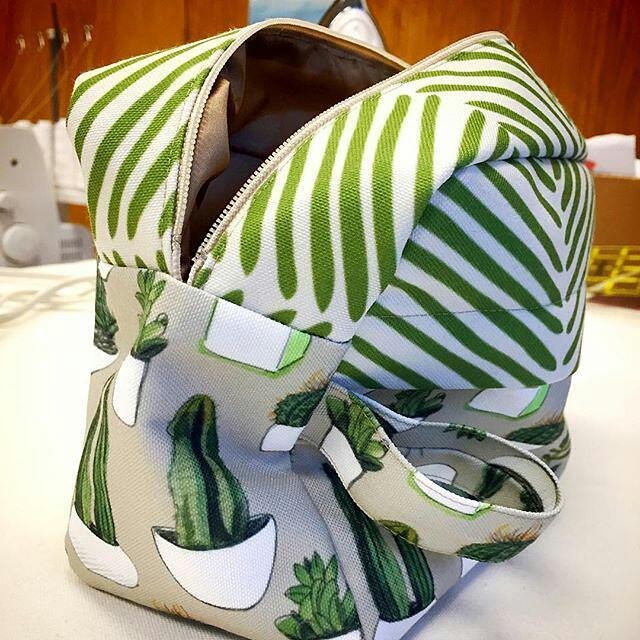 If I could live in a painting…
It’s almost as though I do…on its good days! The Isle of Man is a beautiful, peaceful place full of rural sights, ancient ruins, and dramatic seascapes. If I could jump ship into another painting, perhaps a Henri Rousseau or something with plenty of foliage, and maybe a warmer climate, too. 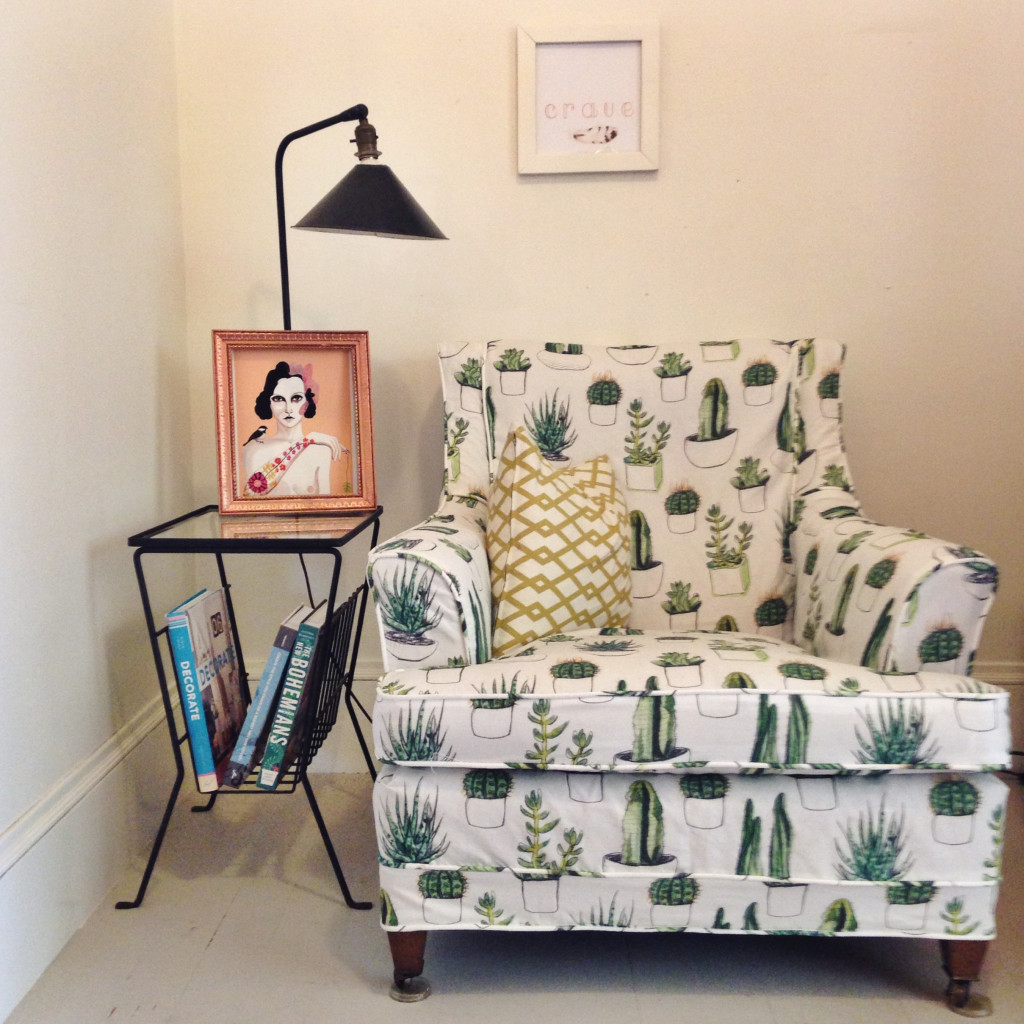 A chair upholstered in “Watercolor Cacti and Succulents” by Vicky Webb

If I could only wear one fabric…

It would have to be something soft and warm, with subtle print. I love black printed on black, things that look like block color until you pay close attention. 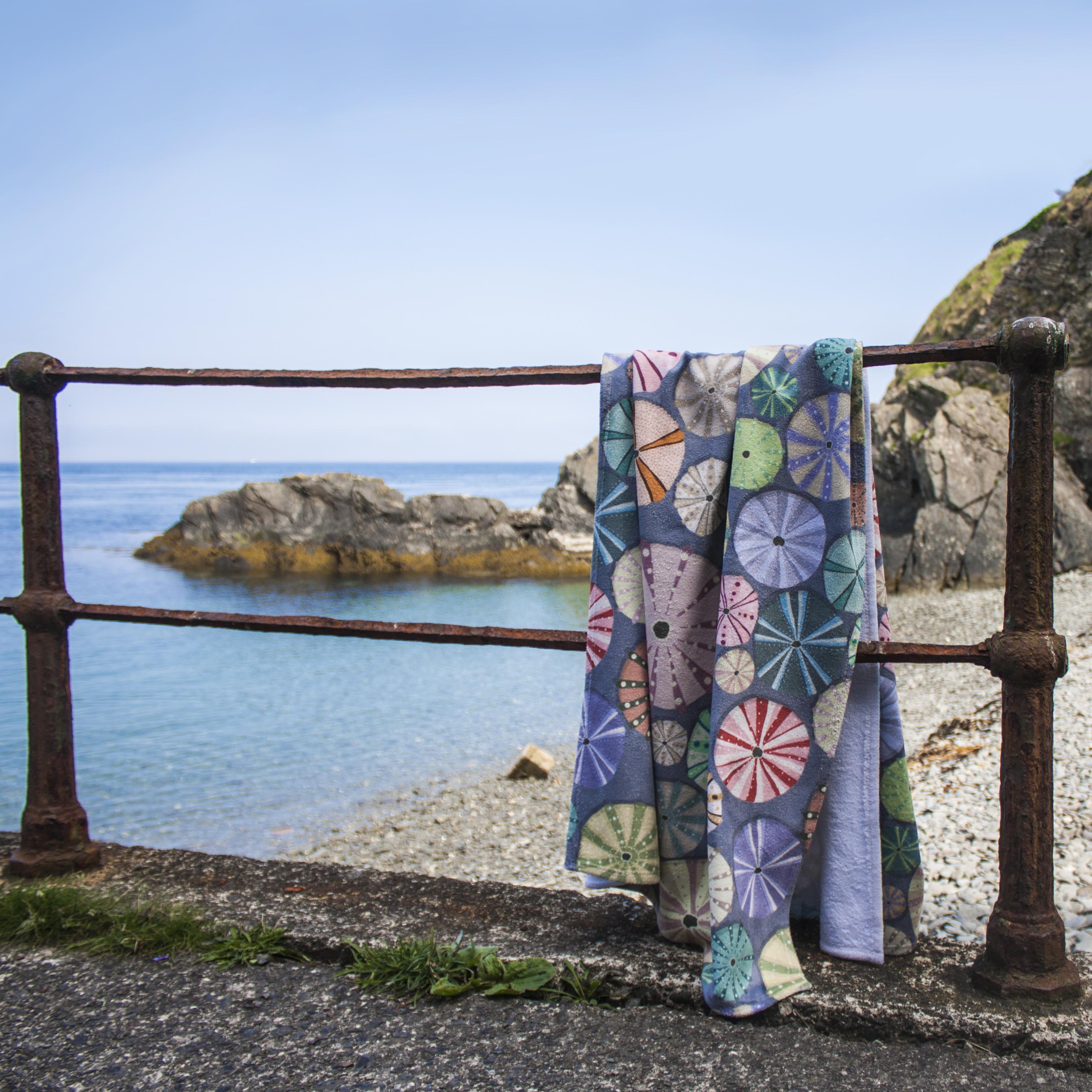 My favorite Spoonflower fabric to work with is…
I’ll be honest–I am one of those Spoonflower customers with an ample stash of fabric that has been neglected out of fear of ruining it! My last little project was a pencil case, with plain black canvas from the local haberdashery, and my floral blobs design in mint and coral as a lining. While confident that I could make it again, I don’t know many people that need pencil cases these days. I am much more adept at knitting and crochet, so I could say that Basic Cotton Ultra is my favorite in the form of proof off cuts! 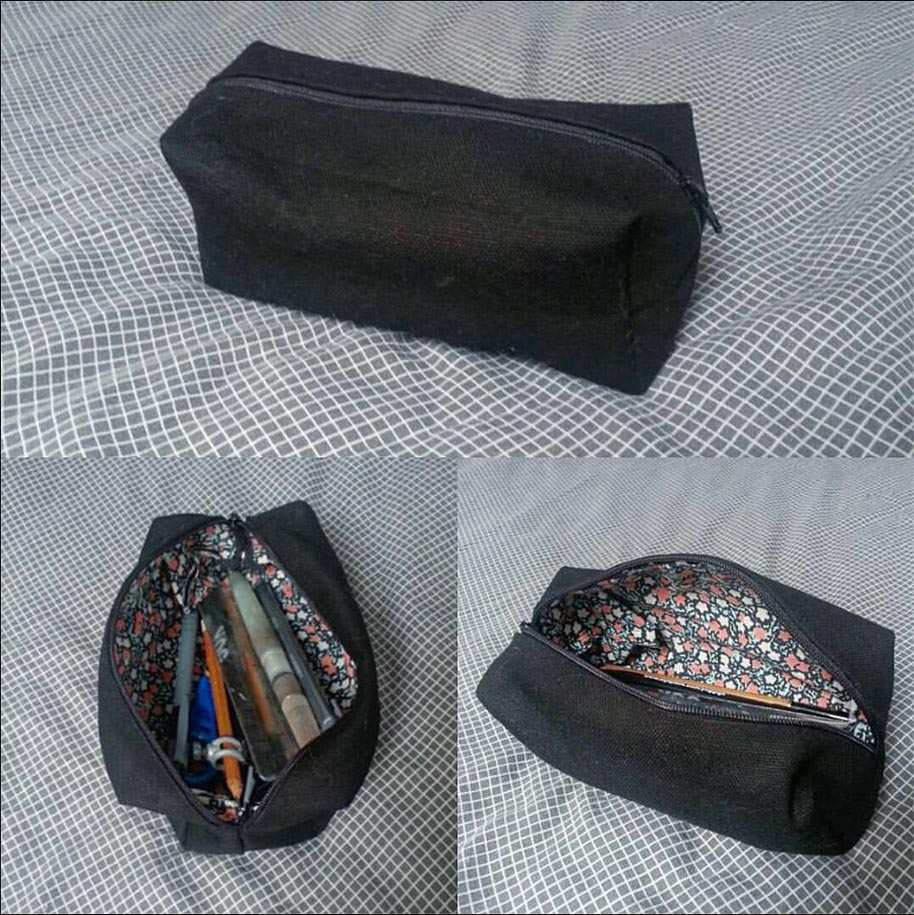 My mantra is…
“I am my only client”. As long as I am satisfied with the work I produce, then I’m happy. If other people like it too, then that is a nice bonus. 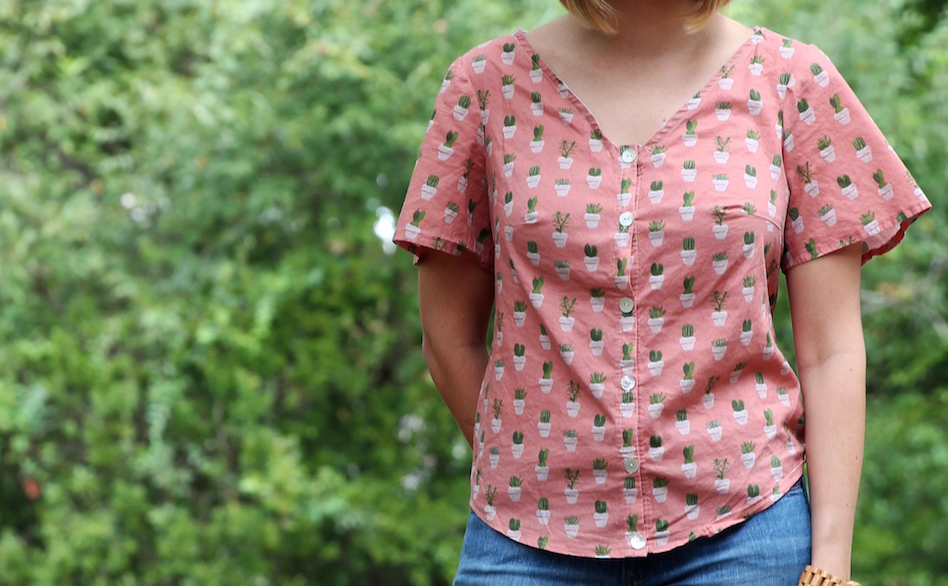 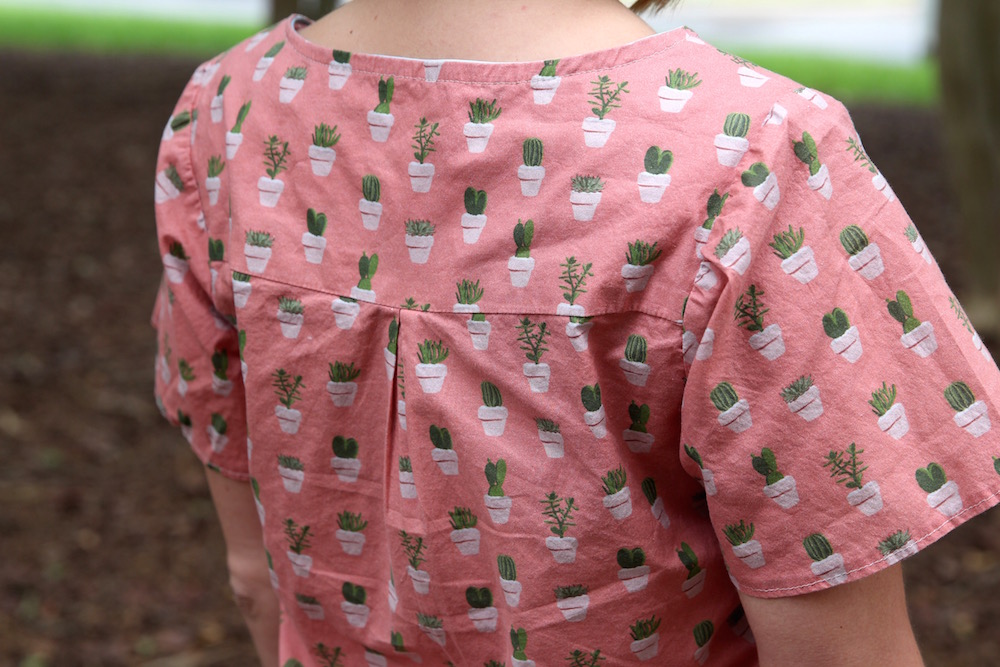 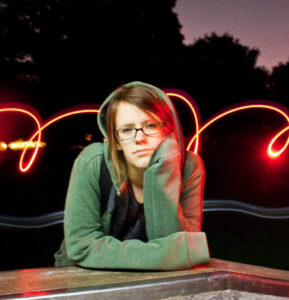 You can visit Vicky’s Spoonflower shop and view her entire collection of hand drawn designs. Visit her blog to keep up with her other creative endeavors.
Thank you, Vicky!
Happy designing! Meet more Spoonflower designers. 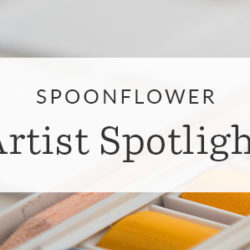 Spoonflower Spotlight: 8 Artists to Keep an Eye on This Month 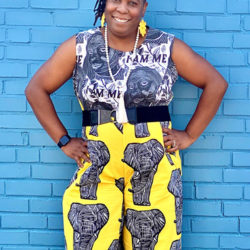 Spoonflower Spotlight: 7 Artists to Keep an Eye on This Month 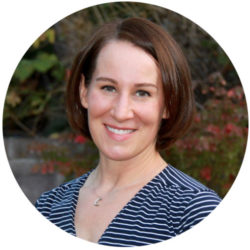 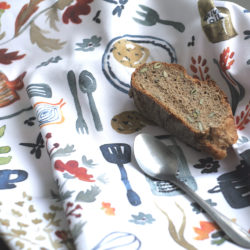 Spoonflower Spotlight: 4 Designers to Keep an Eye on This Month