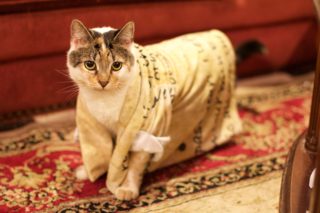 Lucy the Siamese/Calico mix from Raleigh, North Carolina, is the first known cat to follow their example. She has done so with help from her owner Joe Wright, 27, who works for Spoonflower, the fabric-printing website that both he and the clown family used to print their newsletters as fabric. He reached out to local seamstress and Spoonflower alum, Teri Stern, to turn the fabric into clothing. 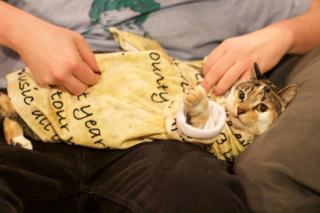 Lucy’s full name is Lucy Earthchild. Joe rescued her from a gutter when she was week old, just over two years ago. “I hated cats until then but I fell in love with her. I live with seven other people, who all swear she’s the nicest cat they’ve ever met… because she really is.” 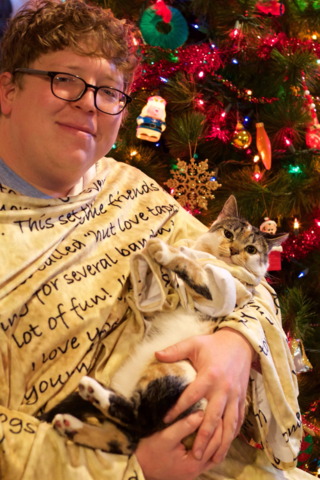 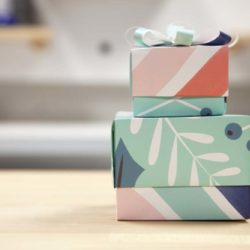 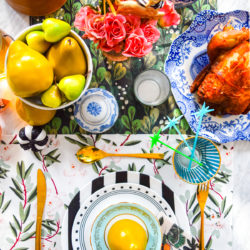