If writing year-end family newsletters were an extreme sport, Doug Hughes of Santa Clara, California would surely be world champion.

Ten years ago he set a world record – unbeaten to this day – for the longest Christmas newsletter, when he published his family’s as a 160-page paperback book. This year he’s back, with a different record – for the world’s widest newsletter. 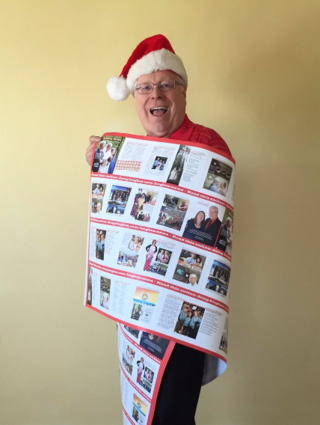 He has used the website Spoonflower to publish the 2015 edition of the family’s annual newsletter – known as “Hughes News” – on a roll of gift-wrap, six feet wide by just over two-foot high.

Doug, 66, and his wife Diane, 58, are then using the gift-wrap to wrap a unique festive greeting card printed by Spoonflower on fabric in the form of a tea-towel.

“This marks a new era in the history of Christmas newsletters,” says Stephen Fraser, co-founder of Spoonflower. “Doug Hughes has raised the bar again.”

This year’s newsletter is the latest shot in Doug’s decades-long campaign to change the image of the oft-maligned end-of-year family newsletter.

“We’ve spent the past 30 years on a mission to prove that the venerable Christmas newsletter doesn’t have to be boring. “With a little creativity, it can be touching, entertaining and fun”, says Hughes. “Friends write to us every year thanking us for keeping them on our mailing list.”

Apart from the year that they produced their annual missive as 160-page book, the Hugheses have been sending out a 16-page family newsletter each year for the past 30.

Their 2015 newsletter contains all the Hughes family news fit to print, from news of daughter Karin’s wedding to photos of a cruise to celebrate the 80th and 85th birthdays of Diane’s parents… plus some of the Christmas carol parodies that Doug pens each year. It is printed on the gift-wrap in a repeating pattern.

The tea-towel, meanwhile, depicts a unique pyramid of popcorn tins and stuffed animals that the Hughes family erects each year in their entryway.

Doug, who works in communications for Lockheed Martin, does not mind that that some people will view his increasingly elaborate newsletters as the ultimate “humblebrag.” “Some folks go all-out to decorate their
homes for Christmas,” he argues. “We go out all out to do something special with our newsletter.”

Another reason for trying something new year, says Doug, is simply because he can. “Technology has advanced so much since we started.” 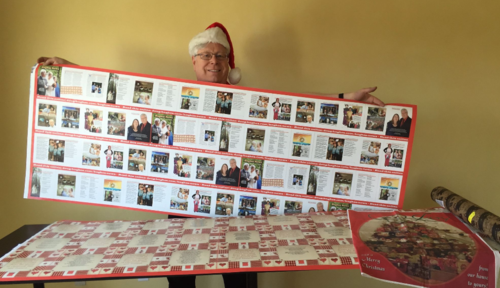 Thanks to such advances, the humble end-of-year newsletter is entering a new, golden era of creativity and innovation.

A growing number of people are now producing video newsletters. The most striking recent example was a rap video newsletter called “Xmas Jammies”, produced two years ago by the Holderness family of Raleigh, North Carolina. It went viral and by now has over 16 million views on YouTube.

But this year’s other trend involves wearable newsletters. A family of clowns from Minnesota has produced the world’s first, in the form of a giant, floor-length onesie built for four, also printed with the help of Spoonflower. They will be wearing their newsletter during family visits over the holiday season.

Meanwhile, Joe Wright, a customer service employee of Spoonflower, as well as an artist and serial writer of year-end newsletters, is also wearing his this year in the form of a floor-length robe or “snugzee”. He has even made a matching one for his cat Lucy.

Will their efforts now inspire Doug Hughes next year to new heights of invention? “We are standing by,” says Spoonflower’s Stephen Fraser. “Watch this space.” 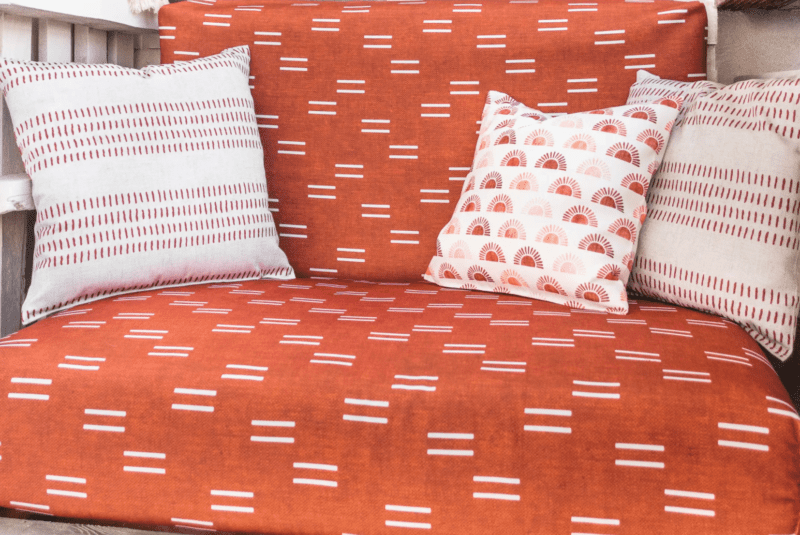 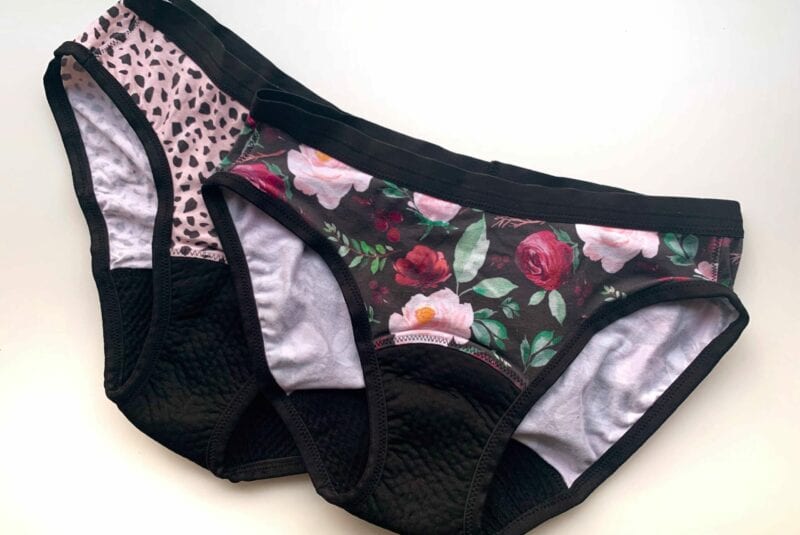 How to Make Reusable Period Underwear 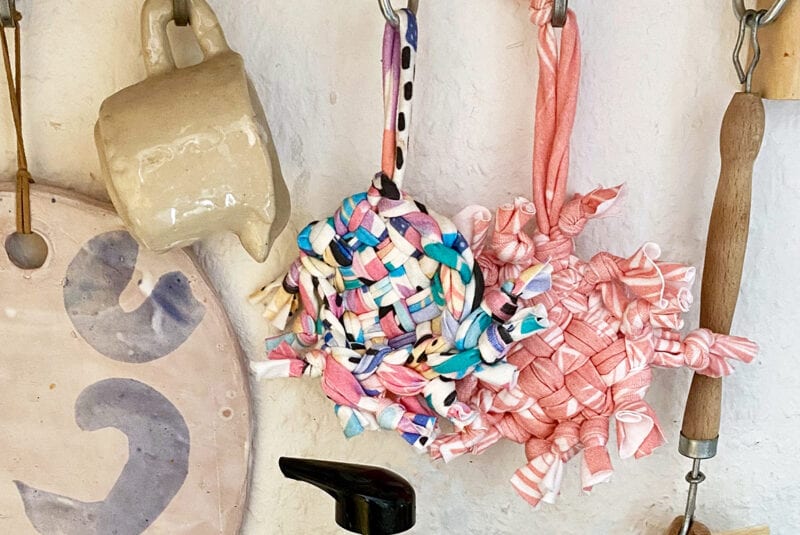 How to Make a No-Sew Zero-Waste Tawashi Sponge