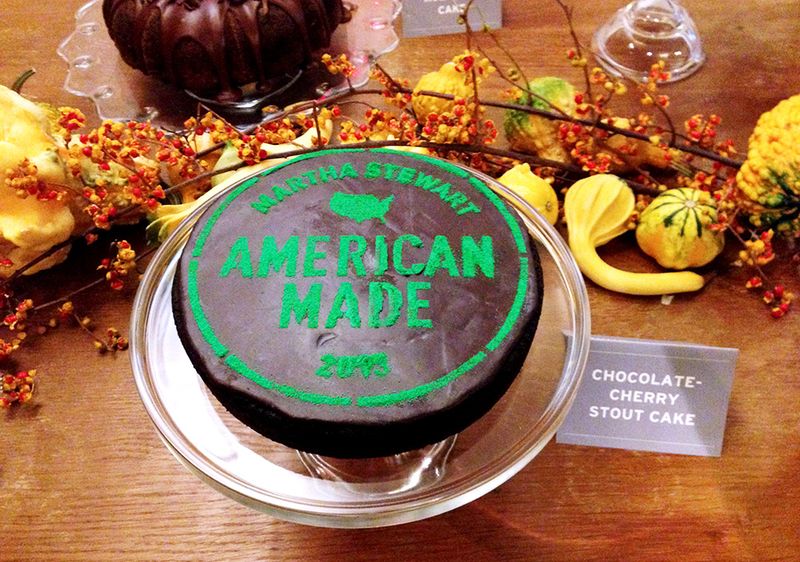 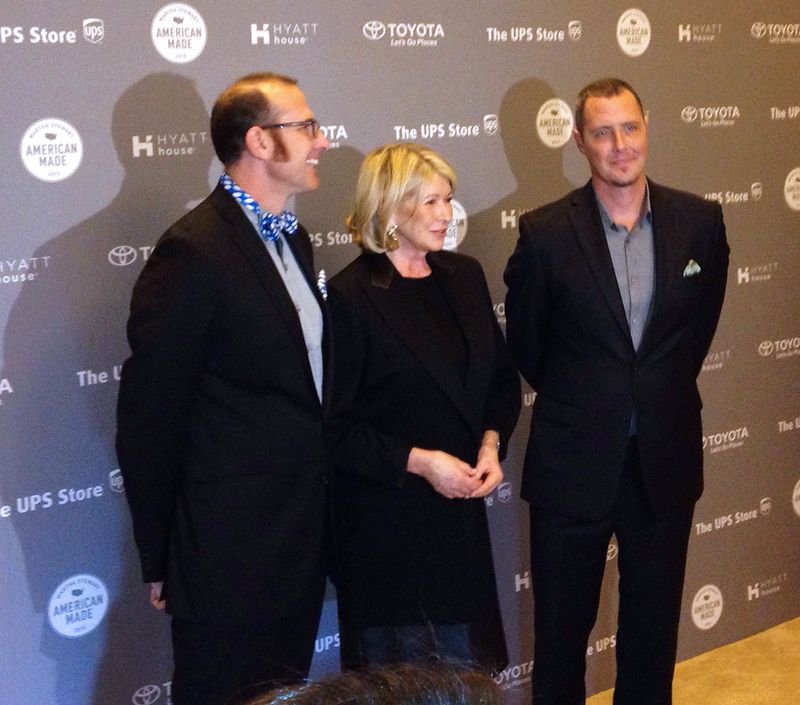 We were ushered to the the front of the room to get ready for the ceremony. Martha hosted with Andy Cohen of Bravo. Other celebrities present include a surprise appearance by Bobby Flay, Christie Brinkley and Bethenny Frankel. 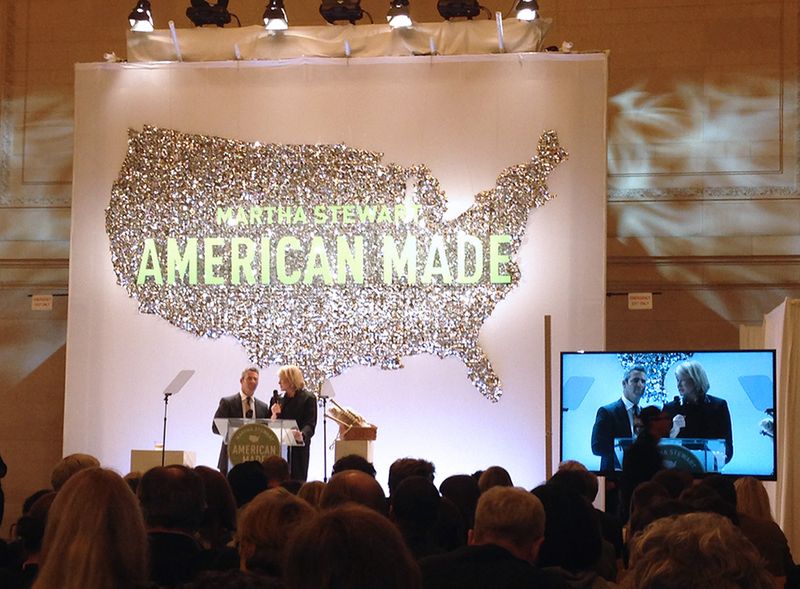 Andy Cohen and Martha Stewart during the American Made Awards ceremony

After taking our bows with the other honorees, we had another photo op with Martha Stewart on stage. The Spoonflower guys were sent straight to the back of the group. Ah, the trials of being tall.

Stephen wore a pocket square of Spoonflower fabric, while Gart wore a High Cotton Bow Tie  made with a Spoonflower design using his own drawing. A particular highlight (besides the moonshine) was the Vanderbilt room itself. It’s extremely lovely, with the grandeur of 19th century design on full display. Another impressive piece was the American Made medallion. It took a second to see the hundreds of crafter and maker symbols represented in the sculpture. 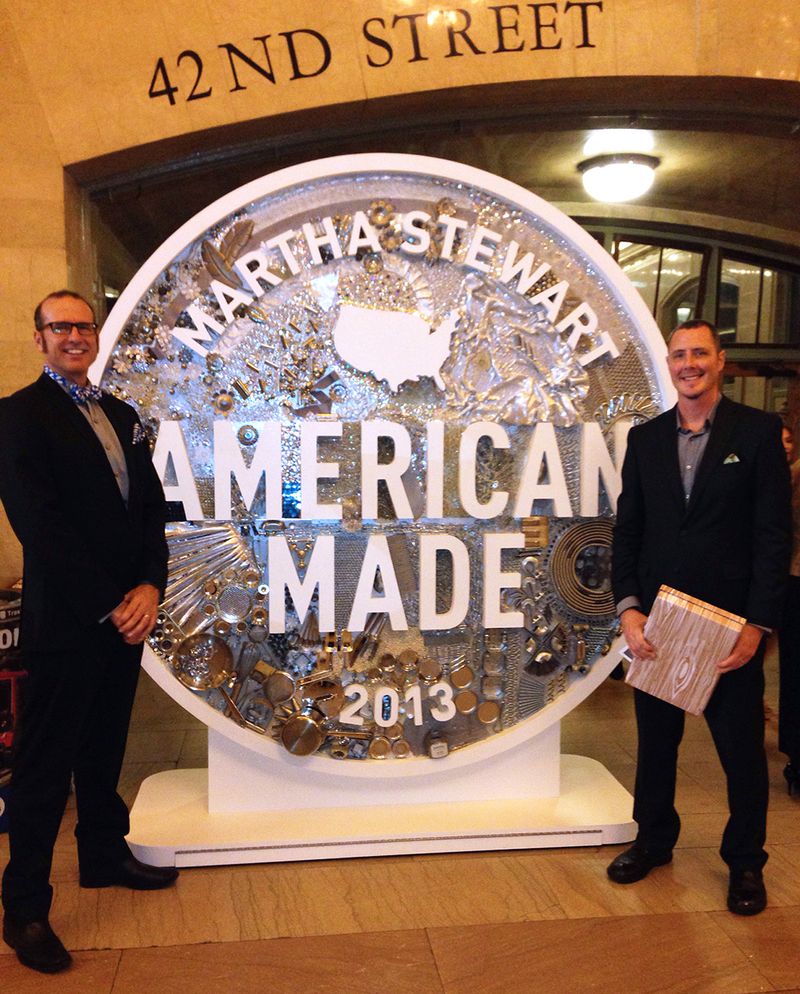 Spoonflower is the 2013 American Made Honoree in the Tech category 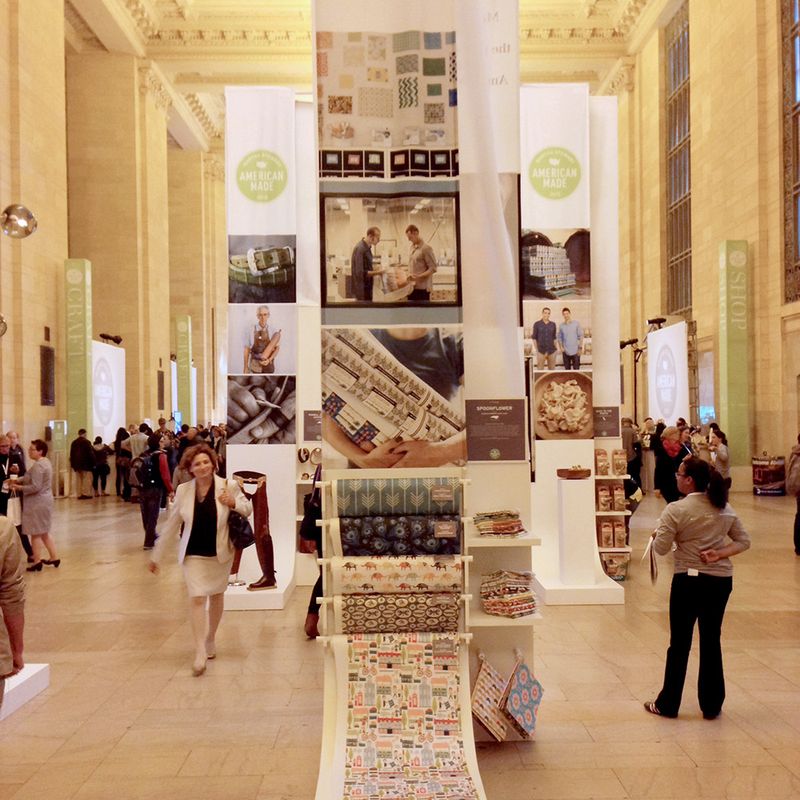 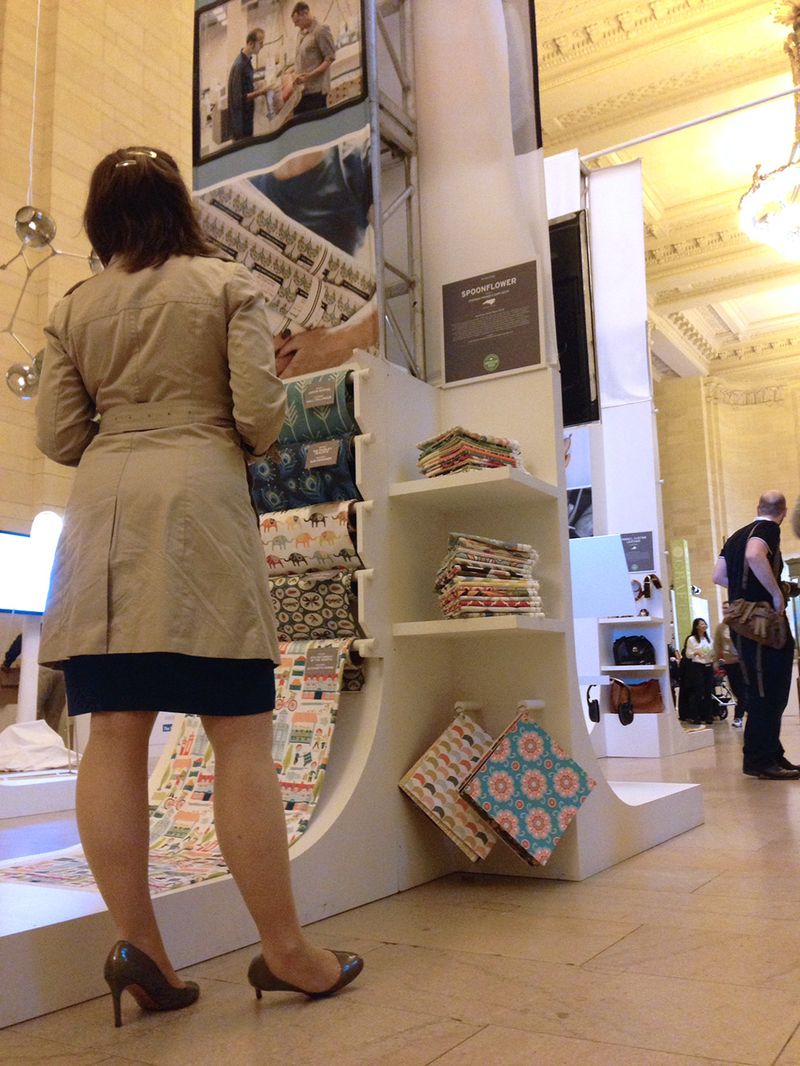 Make sure to check out Spoonflower, and the rest of the incredible Honorees in the November issue of Martha Stewart Living. 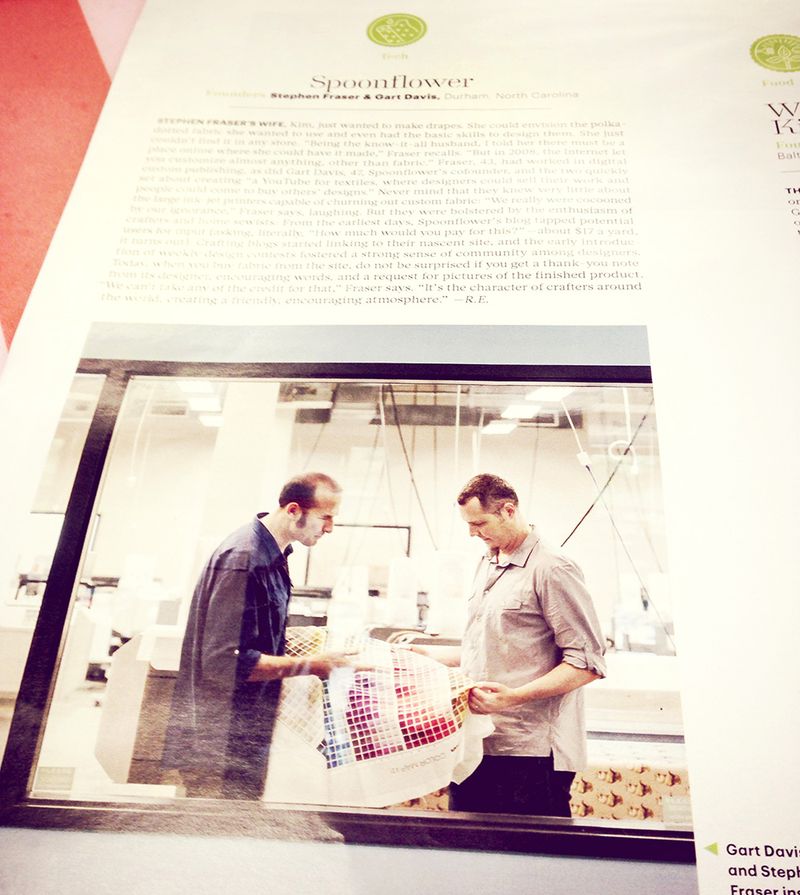 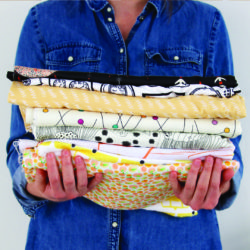 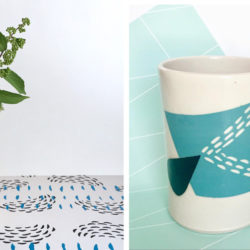 How to Make a Photography Backdrop for Under $10 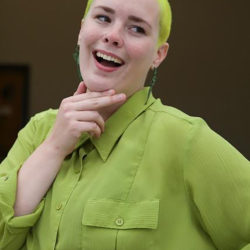 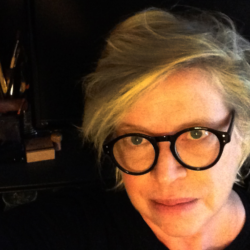