This is the eleventh post in our series of staff projects created for the Spoonflower Staff Quilting Challenge.  Voting for this contest opens on Thursday, 3/14. 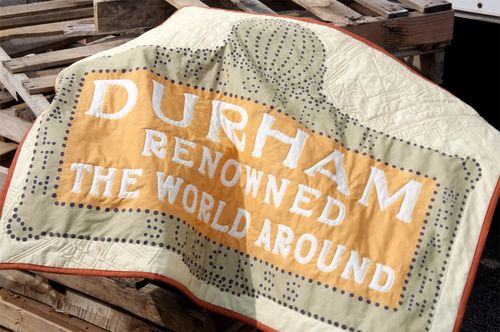 The Spoonflower staff members unfortunate enough to draw me (Stephen F., Spoonflower co-founder) as a
teammate this year were Kelly B. and Jesse, two fine individuals whom I fear
deserved much better. When we first sat down to talk about what our quilt
project would look like, I was, as usual, full of terrible ideas that if
executed would only have rained humiliation down upon our heads.

Kelly described herself as a novice quilter, and Jesse and I were quick
to admit that we were not going to be any help in this department, so we
decided right away to go with a cheater quilt option. The only big question,
then, was theme. Jesse suggested that we do something related to Durham, which
is the North Carolina city where Spoonflower is located, and where many of our
staffers live.

Durham, for those of you elsewhere in the world, is an interesting city.
It grew up as the capital of the tobacco industry (and the tobacco industry's
bankers), but is also home to Duke University and Duke Hospitals, and has
become known in recent years – along with the surrounding Research Triangle
Park area (RTP) — as a hotbed for technology startups. Durham is very close to Chapel Hill,
home of the University of North Carolina's flagship campus – and also to
Raleigh, which is North Carolina's state capital. Durham is known as a
'grittier' city than its neighbors, which to some suggests higher rates of
crime and poverty, but to many others serves as a sort of rallying cry that
Durham is more welcoming to artists, food truck entrepreneurs, musicians and the
like. It's not uncommon to see bumper stickers around town that say "Keep It Dirty,
Durham." Kelly and I agreed that creating a quilt to celebrate Durham
was a great idea, so we talked about trying to use an iconic image of the city
like the Durham
bull or the Lucky
Strike tower downtown as a central focus.

A week after our first meeting I found myself attending an event at the
Durham Library where I saw a young man show a slide that included a sign erected
by the Durham electric company in downtown Durham in 1913 to promote the city.
It read, spelled out in with 1,200 light bulbs, Durham | Renowned the World Around. Surrounding this were the words
Health, Progress, Wealth, Success."
(You can see the original photo on the blog
Endangered Durham.) We decided this would be a perfect image around which to base our Durham quilt. 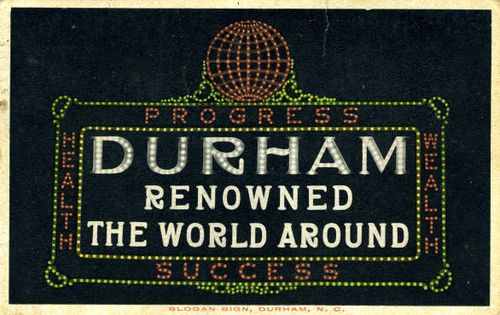 This slogan has resonated widely with many of the
people who have labored to bring Durham back from its years of economic
struggle, and has shown up in on a number of web sites. A mural depicting the
original sign appears on a brick wall at a popular mall in south Durham. Jesse took a photo of the original sign and traced it in Photoshop, then
worked to create a clean copy of the artwork we could use. 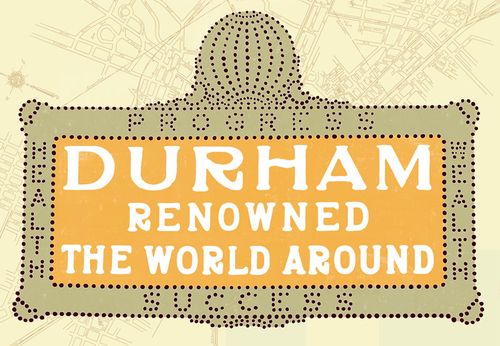 I took to Google and
tracked down a high-resolution scan of the Durham city directory
from 1929, a public domain document full of interesting trivia about the
city, as well as old advertisements. I combined some of the pages of the
directory with a couple of old ads and a 1919 map of Durham to create the
fabric for the quilt back. 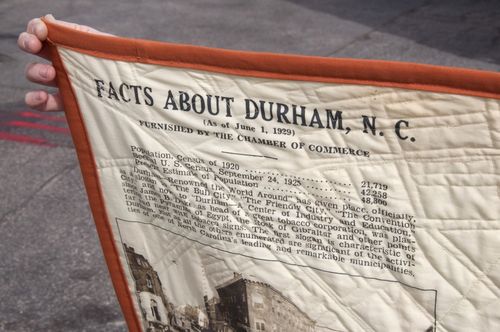 We chose a color palette we liked and set the quilt
up at the size of a typical baby quilt, which is 36" wide by 52"
long. Jesse and Kelly made a brilliant last minute decision to add a sort of
background layer to the image on the front of the quilt that included the lines
of the old map of Durham we used. Kelly ended up quilting not only the outlines
of the text, but the street outlines from the old map on the front, which
created an amazing effect and texture on both sides of the quilt. 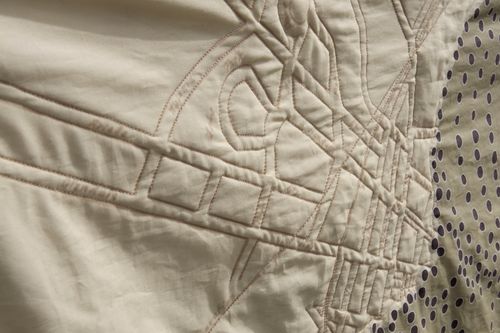 In another blow to my team, I managed to schedule the staff challenge to
start the week of the SXSW Interactive Festival, which means that I've been out
of town while Jesse and Kelly B. (mostly Kelly B.) have been scrambling to get
the quilt finished in time for voting to open up on Thursday. 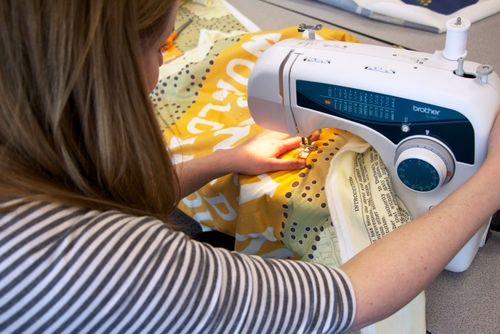 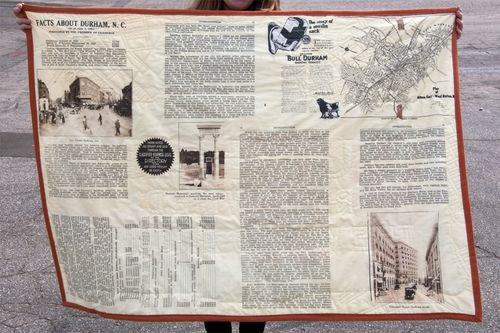 A positive
side-effect of my absence from the office, however, is that I am also absent from our team photos. In
place of a photo of me, I'm including a photo of a van decorated as a giant
stuffed rabbit that is parked in front the Austin Convention Center today. 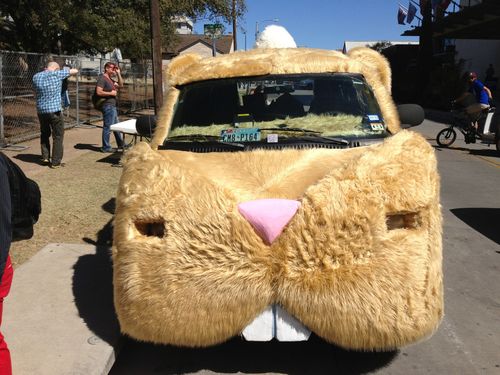 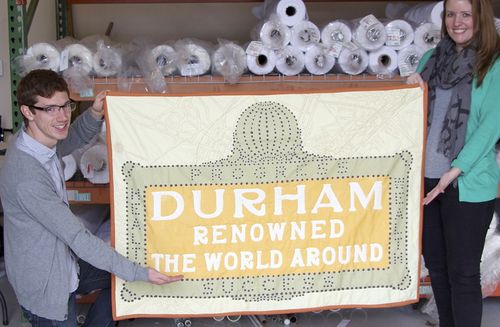 One-Yard Skirt Patterns: Vote for your favorite in our latest contest! 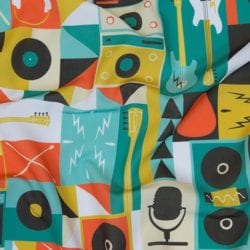 Announcing the Rock and Roll Top 10! 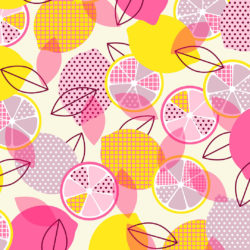 See Where You Ranked in the Pop Art Citrus Design Challenge 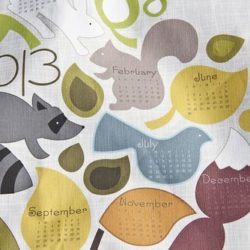 Announcing the winners of our 2013 tea towel calendar contest!