This is the sixth installment in our post series describing the projects in this year’s Spoonflower Staff Challenge.  Voting for this contest will open on Thursday, 3/14. 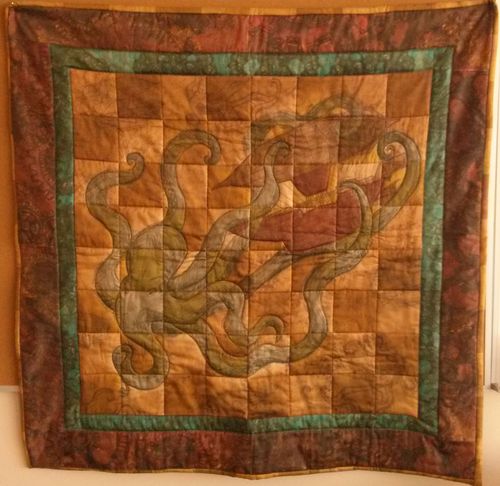 This year’s staff challenge was more focused than last year’s with everyone asked to make a quilt. Our group, known as “Team Steampunk,” consisted of Lindy, Kelly W. and Deron. We had somewhat of an additional challenge with planning at the beginning since each of us work separate shifts. However, our shifts did overlap just enough that planning could be done on the fly. As soon as our group got together in a brainstorming session, we all jumped at the idea of a steampunk-themed quilt. From there we just had to figure out what exactly it would be. Thanks to some great rough drafts from Kelly, a chessboard was born!

First sketches of the board by Kelly (left) and concept drawings by Lindy (right) of the pieces and background images.

Now if this was going to be a chessboard, we needed to have two opposing sides. Maybe the hardest part of the entire project turned out to be coming up with two unique sides to “fight” each other, not to mention having to draw them all. (Sorry, Lindy!) Early on, we had loved the idea of a giant octopus battling airships for the board’s background, and that image fueled our imaginations in coming up with our armies. One side was going to be your more traditional pieces who were being controlled by the Kraken. We decided these pieces should look a little bit sick and almost zombie-like. The other set would be a mad scientist and his creations who have risen up to fight the brainwashed citizens of his country. Kelly then spent a little time writing a detailed backstory to be sewn onto the back of our quilt. 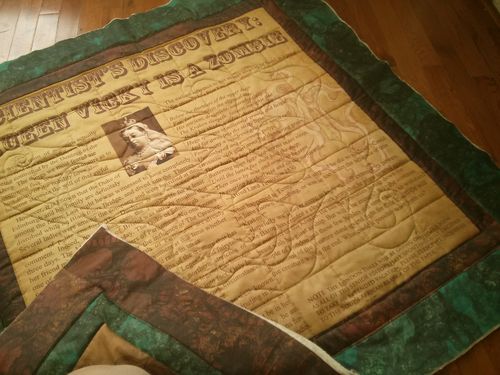 At this point we separated the workloads depending on what everyone was capable of doing. The very talented Lindy handled all the artwork for the pieces and background images you see on the quilt. She worked tirelessly, trying to make the opposing sides unique. Each character was drawn by hand, scanned into the computer, and colored in Photoshop. 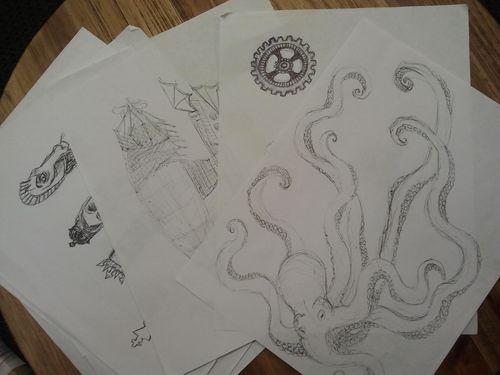 Kelly took on the task of actually making the quilt and designing how the game pieces would fit together. To save on time and sanity, we decided to make a cheater quilt. The the image of the chessboard is all one piece of fabric, with two contrasting prints making up the borders.

Sewing the game pieces together went to Deron. The pieces were fairly straightforward with a mix of machine and hand sewing. The directions for the project come printed on the order.

One of the best things about our quilt is that it’s really two games in one! One yard of the design printed on organic cotton sateen is a checkers game, but two yards is a chess game using the same game board. We also provided two coordinated fabric designs for the borders to make the quilt even more special. Our entire csteampollection can be found here. 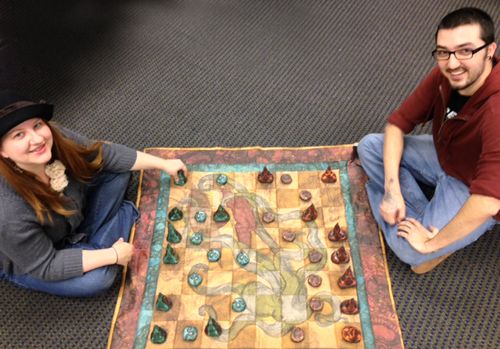 Lindy and Deron playing a game of chess. 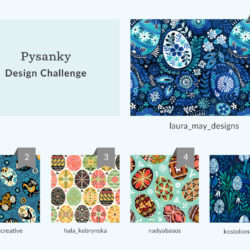 See Where You Ranked in the Pysanky Design Challenge 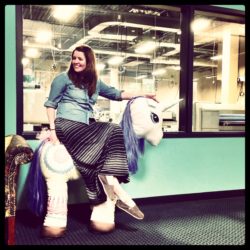 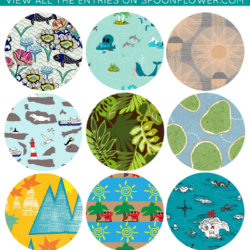 Vote for Your Favorite Island Fabric! 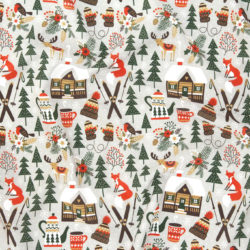 Announcing the Winners of our Alpine Chalet Design Challenge