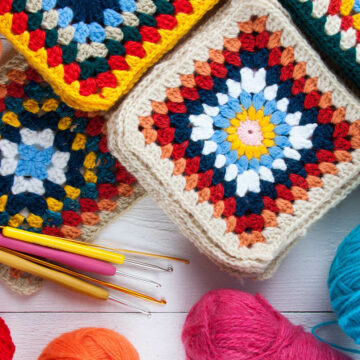 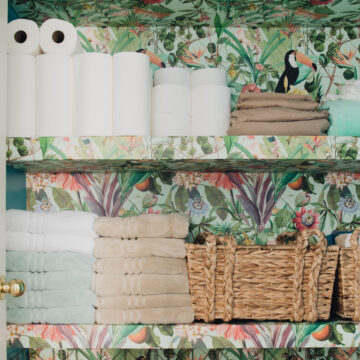 How to Refresh a Closet with Wallpaper

How to Choose the Best Fabric for Menswear

How to Turn Handwritten Recipes into Tea Towels

This week guest author Emma Jeffery from the blog Hello Beautiful shows us how she turned her grandmother’s handwritten recipes into tea towels for her own kitchen. This popular gift can be handmade by uploading your own family recipe and sewing yourself like Emma. You can also let let us do the work and order tea towels sewn just for you in our Durham, North Carolina factory.

Read Emma’s how-to and watch the video tutorial from Spoonflower member Theresa below. In the video, Theresa will take you through each step from Emma’s tea towel concept. You’ll learn how to edit your scanned recipe in Photoshop, all the way through to how to sew up the tea towel with a finished double-hem. 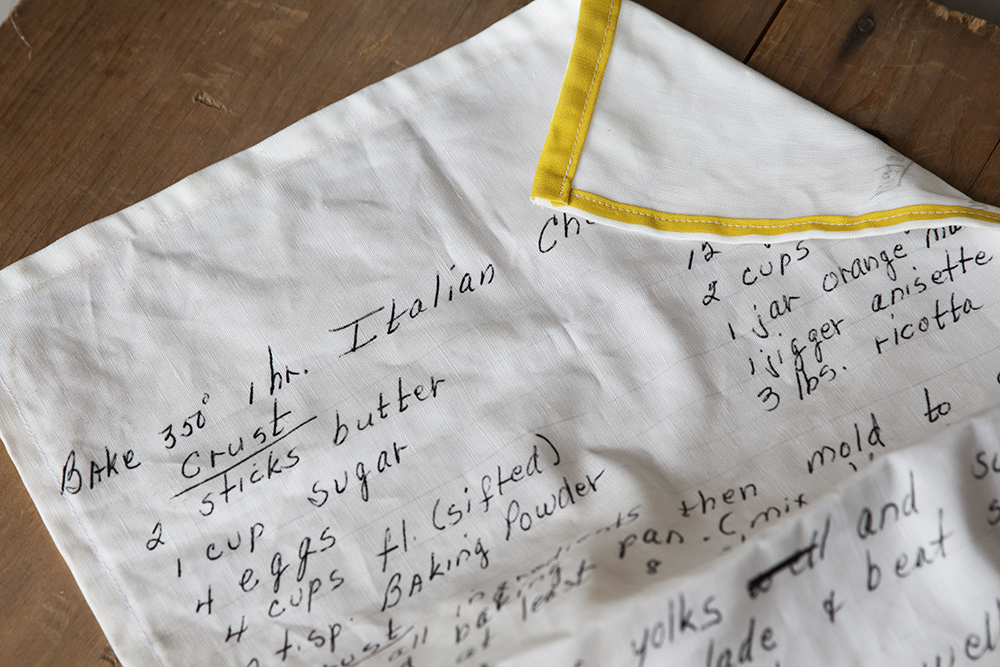 Spoonflower team member Theresa shows you step-by-step how to create Emma’s concept of a recipe tea towel, from start to finish.

Emma: For a woman who keeps a newspaper from the day she was born, my mum has surprisingly few keepsakes or handwritten memorabilia from her own mother who passed away in 1999. When I asked her to trawl through her old papers and files, she managed to find three handwritten recipes from my grandmother. They appear to be the only remaining examples of her handwriting left in the world, and they are as precious as they are priceless.

I decided to use these recipes to make a set of dish towels for my mum and I. This way, the handwritten originals can be safely stored away yet the joy of being able to see my grandmother’s handwriting in an everyday context will continue to make us smile and feel close to her. 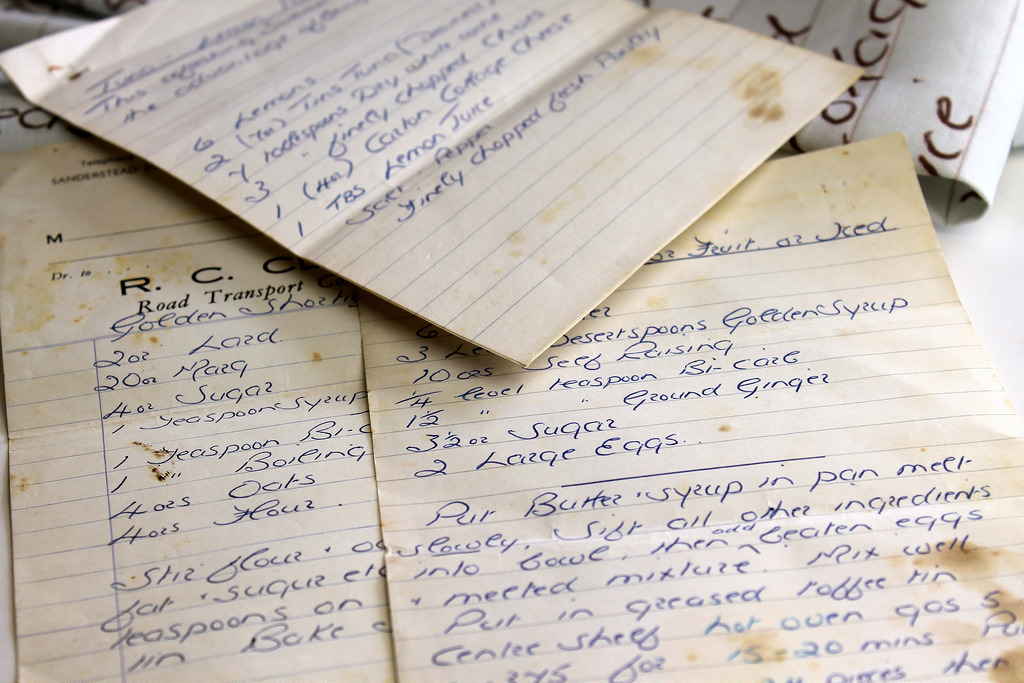 Spoonflower’s Linen Cotton Canvas is the perfect fabric for dish towels. Linen is known for its super absorbent qualities, and with a 54” wide printable area, they are perfectly sized to fit a set of four dish towels on to one yard.

I began by taking photos of each recipe page, saving them to my computer and opening them in Photoshop or Photoshop Elements. The originals were old and yellowing with discoloration in some areas, but by using some of Photoshop’s edit tools — specifically the ‘auto-tone’ option (to minimize some of the blotchy discoloration) — I was able to get a cleaner appearance to each page.

I then turned each recipe into a landscape orientation by going to Image > Image Rotation > 90 degrees. 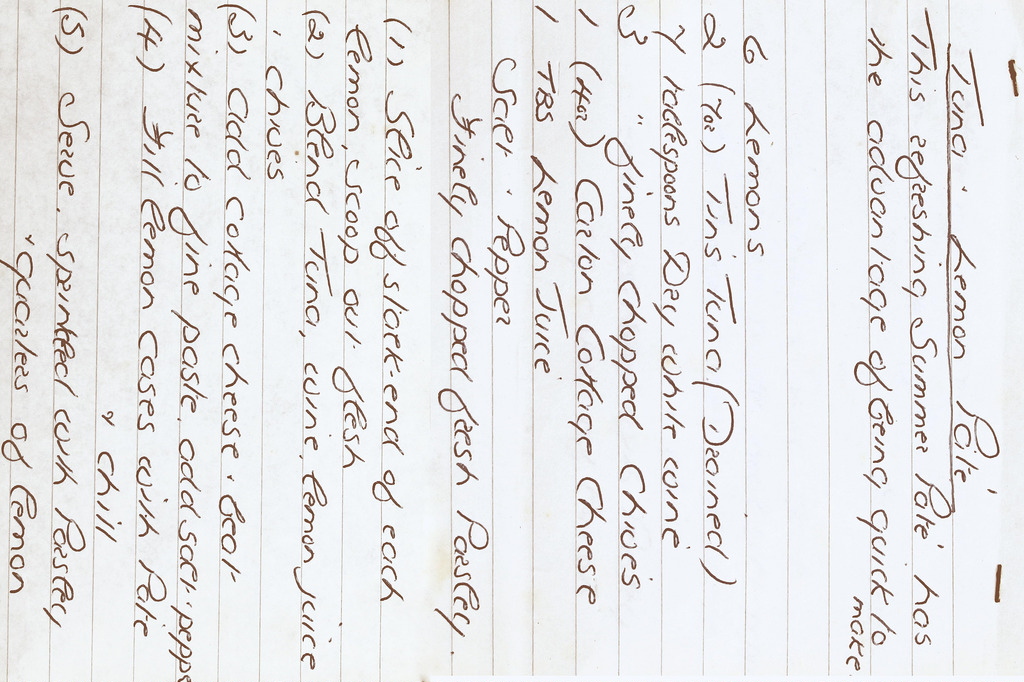 After editing all three images (I only had three recipes, so two of my recipe dish towels are identical), I created a 54″ x 36″ 150 DPI file in Photoshop.  Select “File” > “place embedded” to bring in each of the recipe images and arrange them into a collage. Each recipe will be on a different “layer” and you will be able to edit and move them around as you please.

I added a grid spacing in between each image so that I would have a convenient cutting line, and by making the grid lines a color, I had an eye-catching feature for the back, hemmed edge of the finished dish towels. To make your own solid colored grid line, just create a new background layer (“Layer” > “new layer” then drag the layer to the bottom underneath all of the others in the layers palette).

Then fill the layer in with a color by selecting the layer and going to “Edit” > “Fill.” You can resize each recipe to make it fit neatly within the file by selecting your layer, then hitting CMD + T (control + T on a PC) then dragging the image to be the size you want. 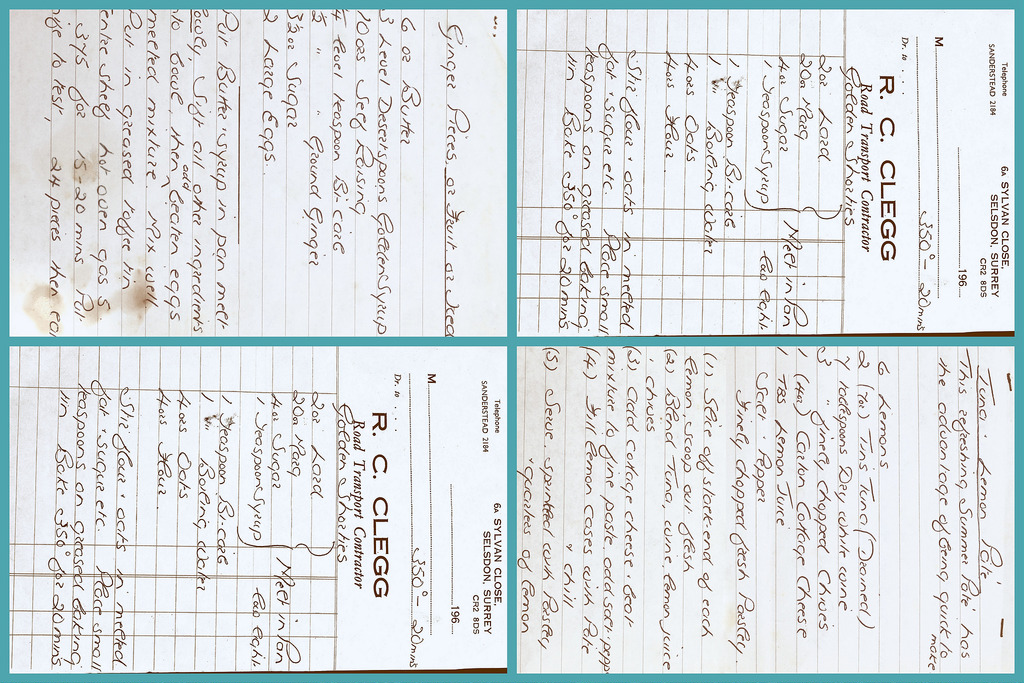 Keep in mind that 54” x 36” at 150 DPI (8100 pixels x 5400 pixels) will fit exactly on to one yard of the Linen Cotton Canvas and this tutorial will produce 4 tea towels. If you just want to make one tea towel, make your file the size of a fat quarter instead (27″ x 18″). Once your file is complete, save it as a JPG and upload the design to Spoonflower. Select the quantity you want and the fabric type (Linen) and add to cart!

I always recommend ordering test swatches before committing to ordering the actual yardage, that way you are able to make color and size adjustments without spending a lot of money.

The dish towels were simple to sew up. I cut them out along the grid lines and turned back the hem. I also sewed a small length of twill in one top corner of each dish towel for convenience. 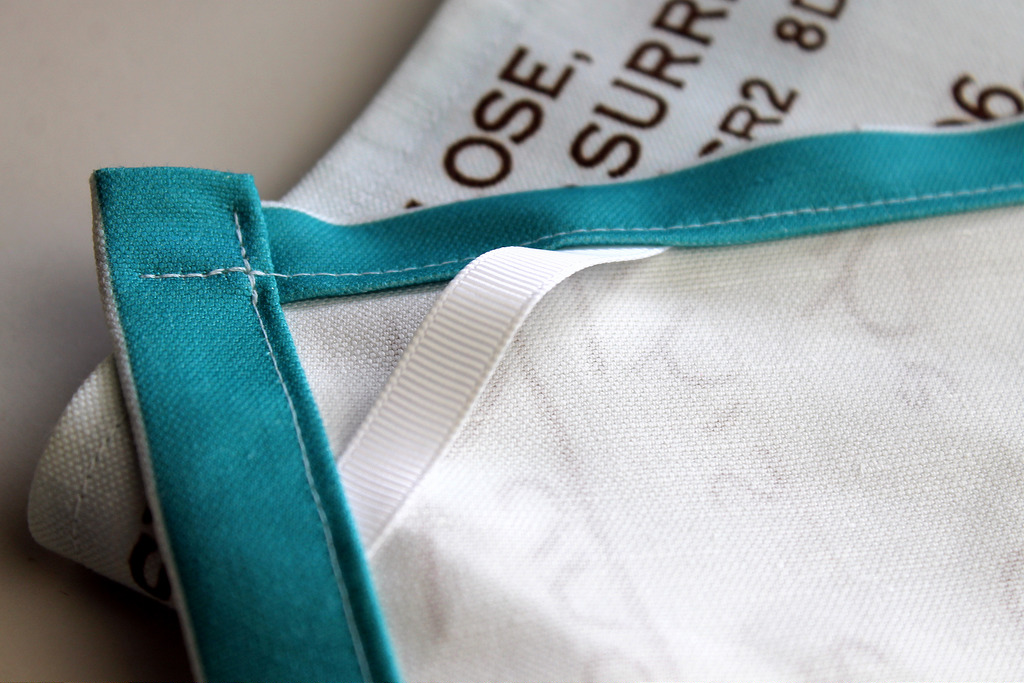 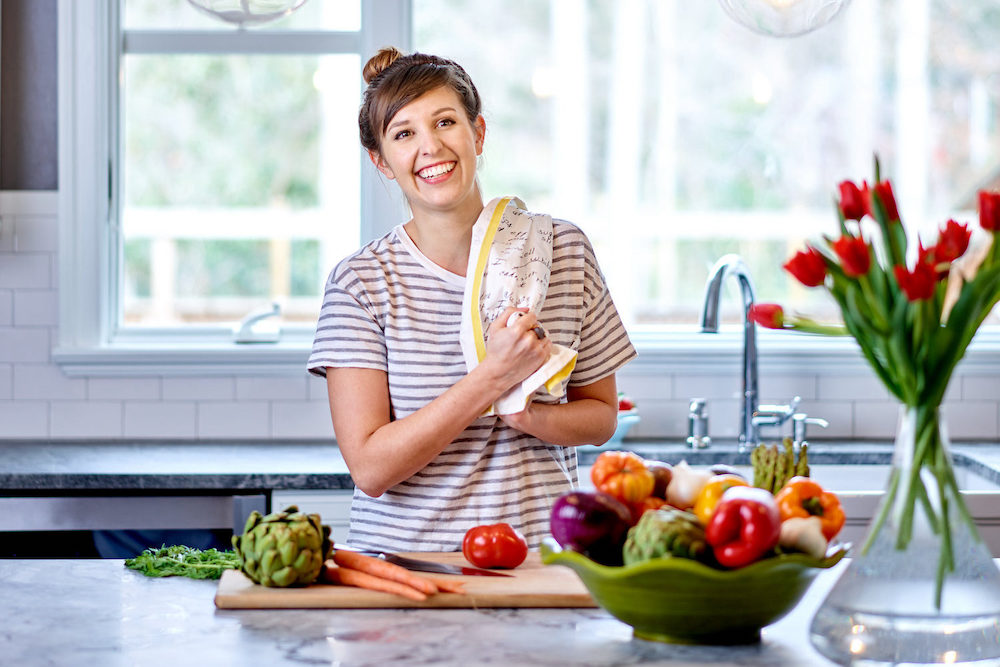 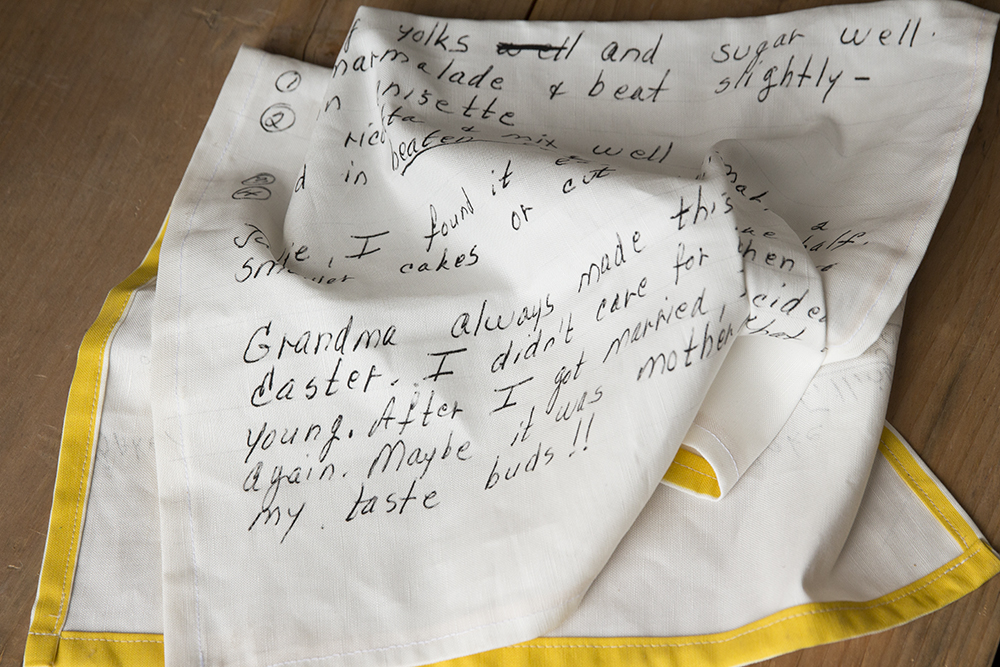 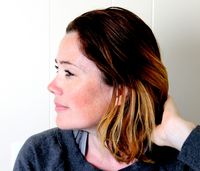 I’m an obsessive sewer, often leaping into projects with more enthusiasm than talent, more bravado than skill and more good luck than anything else. This technique has worked well for me so far and more often than not, I make things I love, even if they’re not absolutely perfect. And though I’m no expert, I have a passion for fabric, color and design. I know what I like and what I like makes me smile. 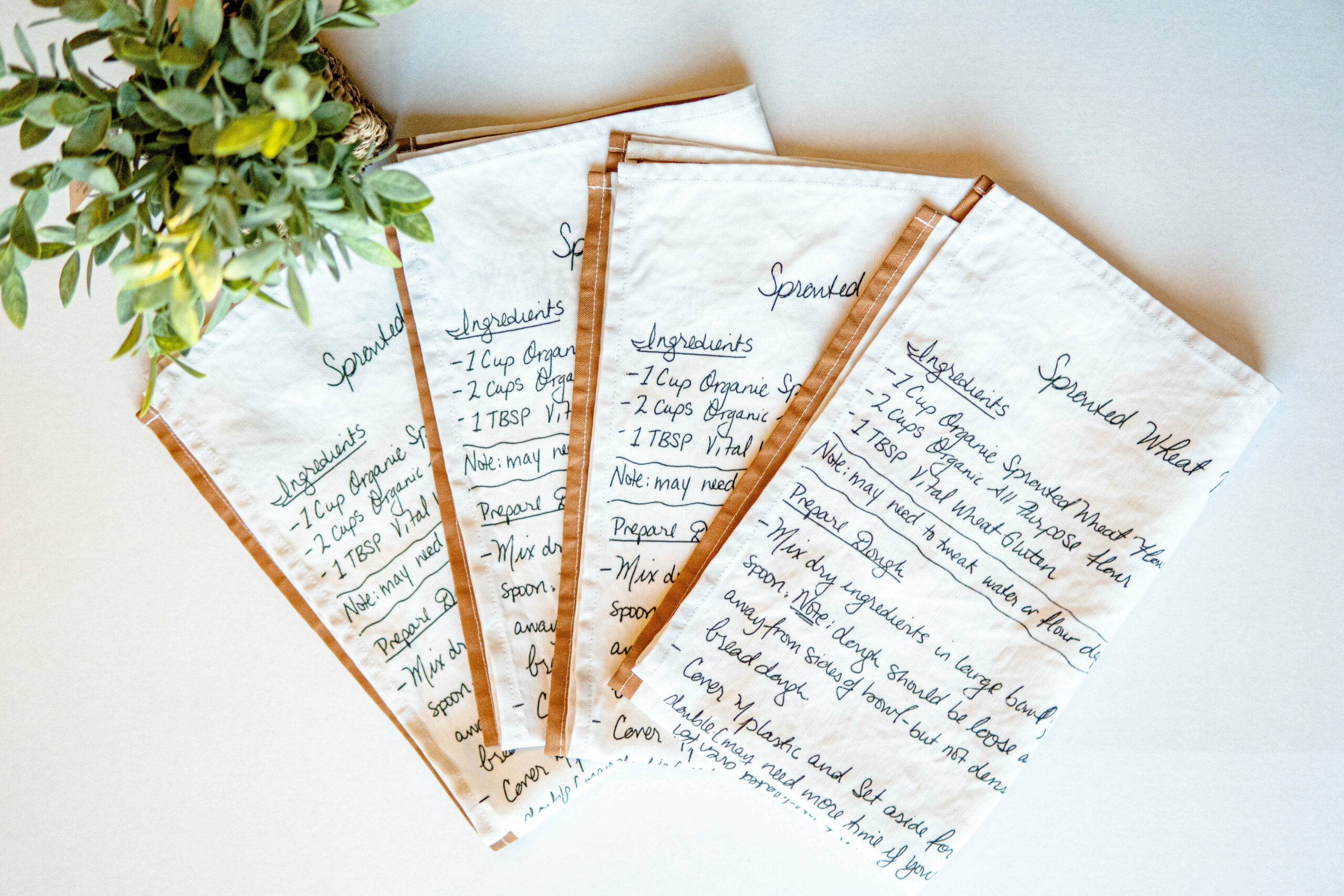 Cook Up a Great Gift with Family Recipe Tea Towels 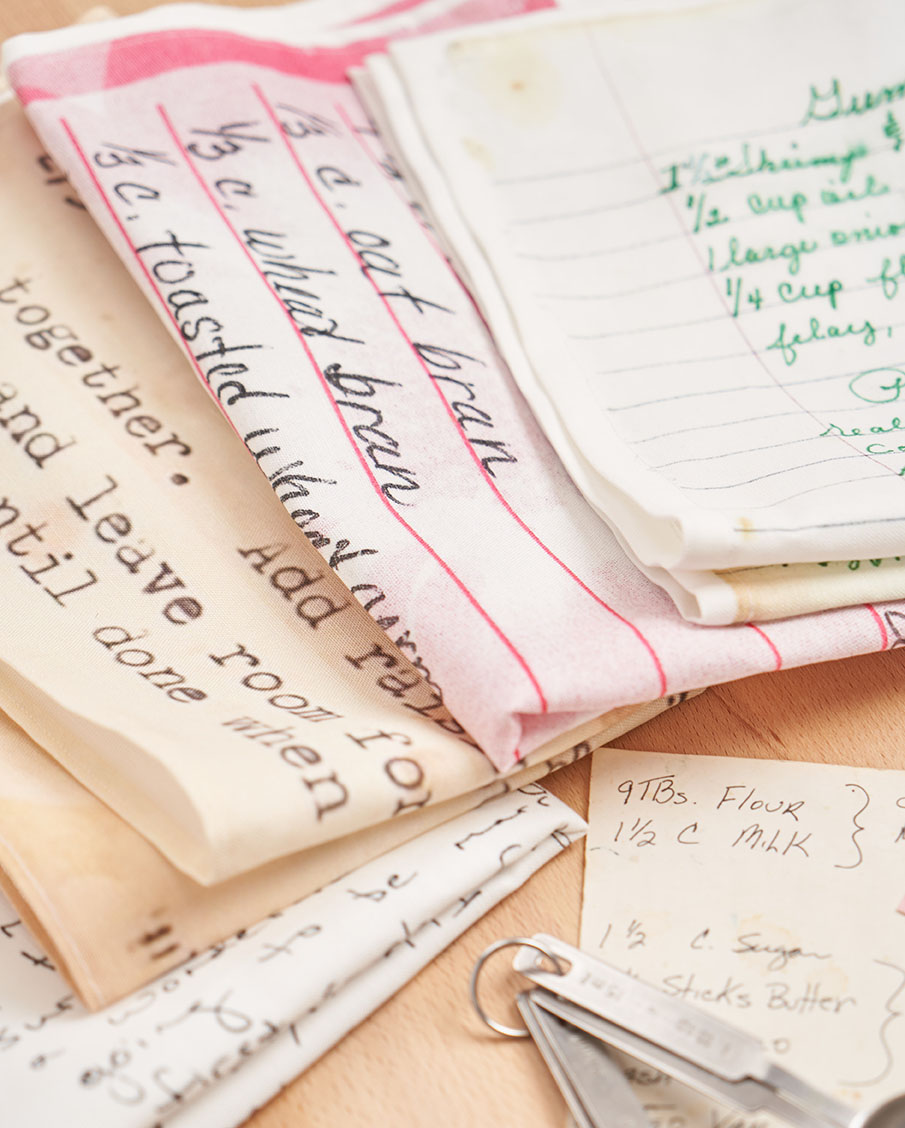 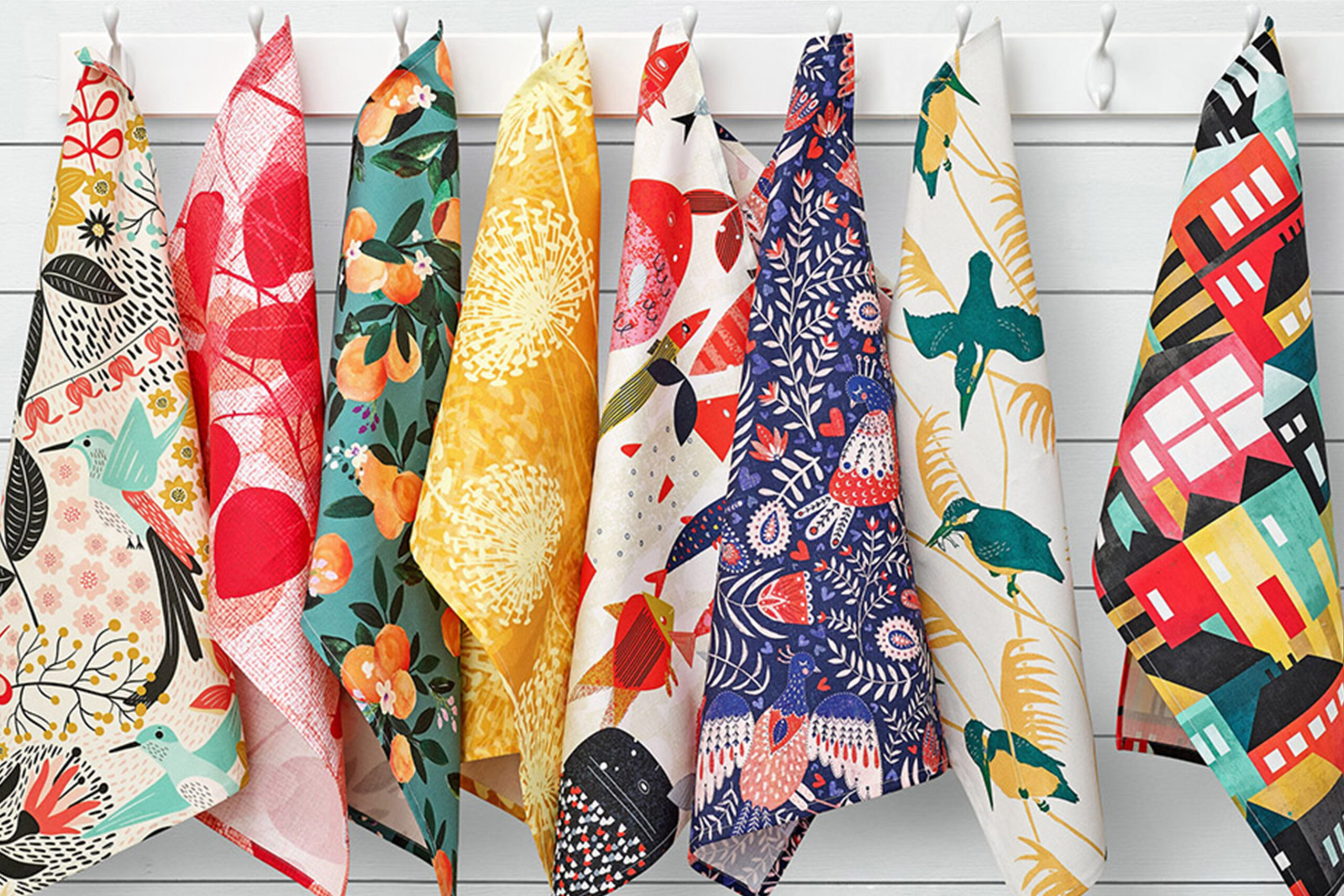