This is the third in a series of posts describing the projects that are part of our 2012 Spoonflower Staff Challenge. Voting begins on Thursday, March 15, 2012. 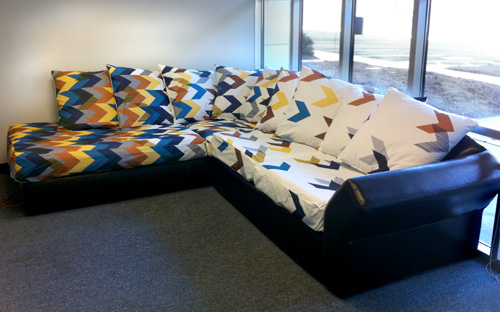 We (Stephanie and Deron) decided to take on the task of transforming the couch in the Spoonflower conference room. The couch as it was was perfect for its use — plenty of seating for meetings — but lacking in Spoonflower fabric. If you’ve ever visited our offices, you may have noticed that we like to cover everything in fabric. Stephanie cried a little inside whenever she looked at it and would frequently try to convince others that they should recover it. This couch needed some Spoonflower life and color brought into it and the staff contest was a perfect excuse to fix it! 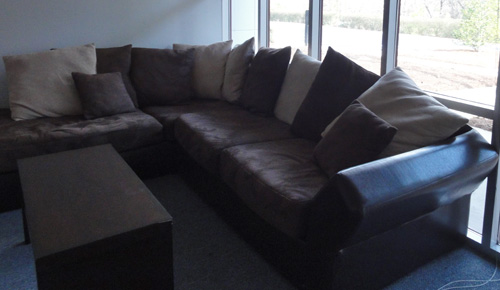 The start of the project was a little rocky because we work completely opposite shifts and are never at Spoonflower at the same time. We worked out this issue with a couple of planning meetings at random hours. (Fact: Our design was finalized at 10 PM on a Thursday evening.) We knew from the outset that we wanted a design that flowed and covered the entire couch. We considered using the couch like a canvas — printing a huge nature photograph, for instance. In the end, we decided we liked the idea of an evolving pattern instead.  The design elements on one side of the couch would be heavy and congested, then the elements would break off and become more and more open as your eye moved across the couch. 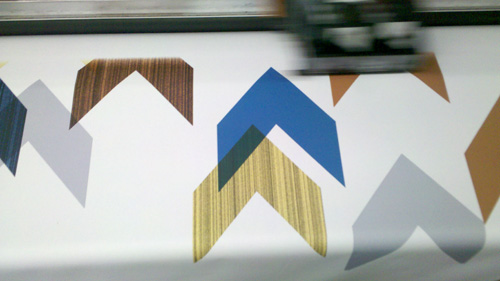 We created the five designs for the couch in Photoshop starting with a basic chevron shape and choosing colors and textures. Once we had our basic elements, we went about conquering each design which needed to flow from lots of chevrons to fewer and fewer with each design. The hardest part was when we realized the center cushion needed to be curved to trick the eye into seeing that the pattern was flowing across the couch. After some digging through Photoshop and some expert advice (thanks, Beth!) we used the shear filter. 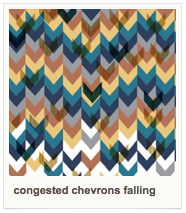 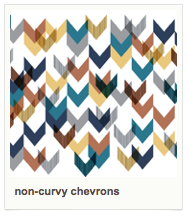 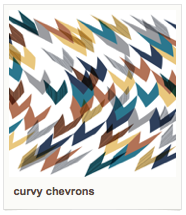 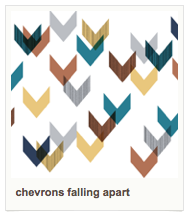 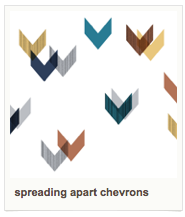 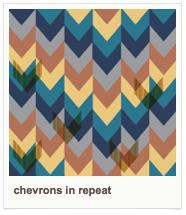 We’ve included a bonus design of the chevrons in repeat without white showing just for fun, but we didn’t use this design on the couch. 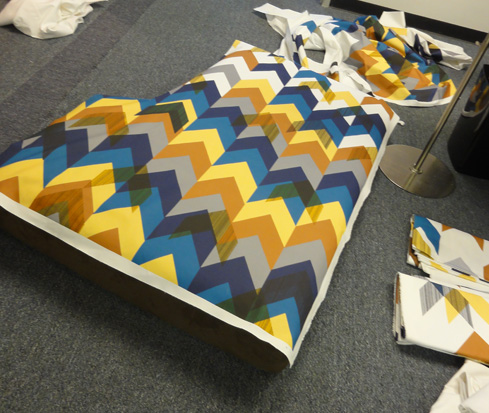 The sewing portion of this adventure went smoother than expected since part of the project included teaching Deron how to sew! He did a great job and knocked out all the pillows while Stephanie concentrated on the cushions. The biggest challenge was the large cushion that was in an “L” shape. It took some clever maneuvering and a ripped seam or two but,  once that cushion was conquered, the rest was done assembly- line style, making sure that we grabbed the right fabric and checked the orientation with the couch before putting the finishing touches on each piece. 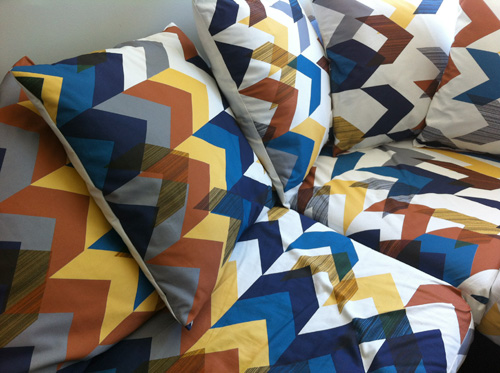 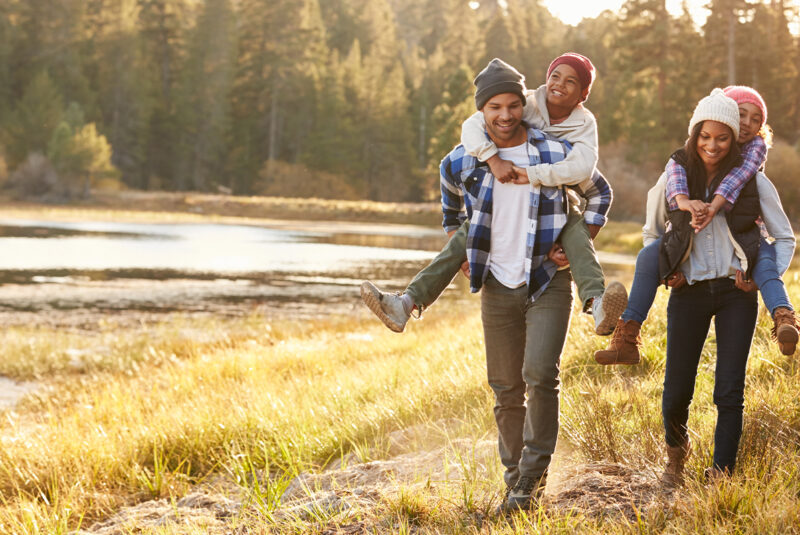 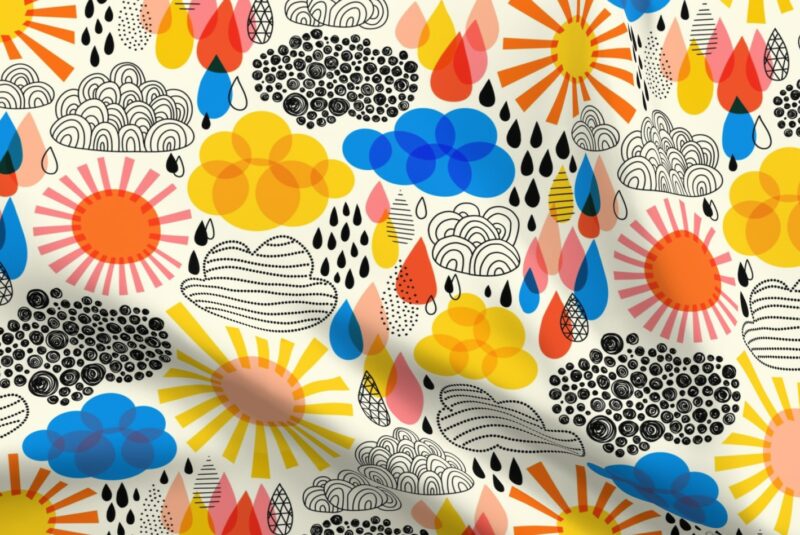 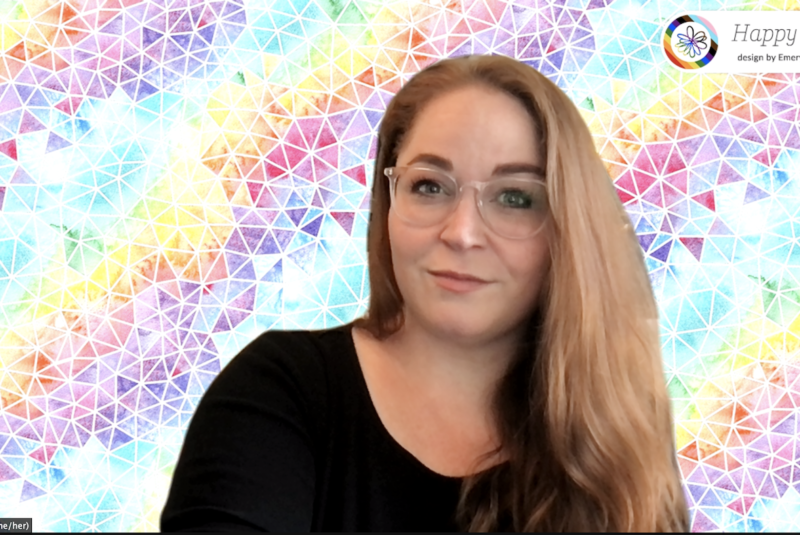