This week's contest is a one of a kind event: the world's first Celebrity Fabric Design Smackdown, a contest between fabrics created by five amazing textile designers: Heather Ross, Lizzie House, Harmony Susalla, Samarra Khaja and Cean Irminger. Are they as ruthless as they are talented? We'll find out!

The contenders designed their fabrics specifically for this contest. The theme this week? The elements (earth, air, fire, and water). Voting starts on Thursday, November 11th!

And In This Corner…

Heather Ross. Heather Ross is an illustrator, textile designer, and creative crafter working in New York. She has been working on a pile of children’s books recently, and a line of new girl’s surfboards will soon be graced with her drawings. Heather also runs sewing workshops related to her book, Weekend Sewing, during which you can make clothes and quilts out of one of her fabrics, or write a note to a friend on her stationery. Her patterns and drawings evoke the sea, childhood, and fairy tales for a variety of clients. Her limited edition fabric collection Macaroni Love Story is currently available on Spoonflower, but not for much longer! The fabric designer she most admires? Vera Neumann.

Harmony Susalla. Harmony Susalla, founder of Harmony Art, walked away from a successful career designing commercial textiles to help inspire big change in the way textiles are grown and processed. Organic fabric has historically been beautiful shades of oatmeal and granola. Harmony is helping change that by infusing color and design with environmentally sensitive inks and dyes. Her designs are inspired by nature and her business is motivated to protect it. She loves the way digital printing is allowing for zero waste print runs! The fabric designer she most admires is Gerald Holtom, who designed the iconic peace sign in 1958 as part of a protest against nuclear proliferation. She says, "The symbol was created from the Naval sign language for the letters N & D for Nuclear Disarmament. Fifty-two years later it's meaning has expanded well beyond the bewildering circle and 3 lines of the day to be a universal sign for peace. Gerald Holtom deliberately did not copyright the symbol. To leave a visual legacy so meaningful — and without wanting recognition — that I really admire."

Lizzie House. Lizzy House is a printmaker, textile designer, and illustrator. Armed with a BFA in Printmaking, she travels the world in search of inspiration. A born go-getter, Lizzy was the youngest designer in the textile industry when she began three years ago. She has penned the only available resource for letting you get to know the who, what, where, when and why of getting started in the textile industry via the quilting world. How to Enter the World of Textile Design: For the quilting industry is available as a downloadable e-book, and can be found at www.lizzyhouse.com When she isn't printing or designing fabric, or sleeping on an airplane, she is probably planning a party or writing a list. If neither of those is underway, she is probably tying a bow on something and/or someone. The designer she most admires? Alexander Girard. She says, "He kind of took a back seat in many ways to Eames and George Nelson during the whole mid-century movement, but he, in my opinion, created the idea of a modern textile designer. Crossing form, function, and education with decoration to elevate a space. His designs are clean, and sometimes ethnic, and the more I learn about him, the more I like him."

Samarra Khaja (representing the home team!). Samarra Khaja says that the second best thing about having lived and traveled in five continents before the age of ten is her firsthand exposure to multicultural design. [The best thing is having discovered her love for spicy, and sometimes odd, food.] A lover of bold, bright, clean design, she is most often drawn to Scandinavian and Japanese aesthetics. With a studio art background in printmaking, drawing and photography, she enjoys bouncing between mediums just to keep things interesting. Samarra works in New York City as a graphic designer and art director, and although her mother holds a degree in textile design, she'd never even thought to venture into the world of textile design until stumbling across Spoonflower which has provided her a personal outlet to create designs that are meaningful, playful and, always a bit rascally. She's left-handed, loves the color green and is a sucker for any and all animals. Samarra has won five Spoonflower Fabric Of the Week contests. Her favorite design brand? Marimekko makes her drool.

Cean Irminger (also representing the home team!). By day Cean Irminger is a mild mannered mosaicist at New Ravenna Mosaics on the idyllic Eastern Shore of Virginia. By night she is an amateur fabric designer, whose obsessions with the animal kingdom, folk lore, word play and all things ridiculous often pop up in her designs. She currently lives in the woods with a patient husband, a saucy baby, a junkyard dog and a deadly cat. She, too, has won five Spoonflower Fabric Of the Week contests. Her favorite designer? None other than Heather Ross! She says, "I stumbled onto some of her fabrics on Etsy, fell in love with her illustrative style, wondered if I could design fabric, and found Spoonflower, all in the same week!"

A Fight To the Selvage

Starting on Thursday, November 11, 2010, you'll have the chance to vote for one of the five fabric designs submitted, which will be posted without the designers' names attached to them during the one-week voting period. In next week's email we'll announce the winner, at which point all the designs will be made available for sale with 20% of the proceeds being donated to a charity selected by the winner.

To receive a link to the voting as soon as it opens up on Thursday, you'll need to do at least one of the following things: 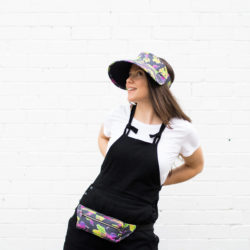 « 2011 Tea-Towel Design Contest: Vote for your favorites
Check out Cynthia’s birdies, winner of the 2011 Tea... »
We use cookies to enable and enhance your site experience. By continuing to use this site, you agree to our use of cookies.OkLearn more