Once again we were blown away by all the responses to this week’s contest theme. With 77 entries in the Doll Panel contest, once again we’ll be breaking the contest into two weeks of semifinal voting with a third week for the finals.

Week one has thirty-nine designs, spread out over four pages in the voting. You can vote for up to one design per page (although a vote on each page is not required) by clicking on the design you like best (a green check mark appears on the image when you select it). We’ll take the top five designs from this week and the top five from next week and run them the week after — with photos — in the final round. [note: I originally wrote to the participating designers that we’d take the top fifteen designs, but we’ve since decided just to run ten finalists]

There’s one other point that may deserve explanation. As you look
through the entries you will notice that not everyone interpreted the
idea of ‘doll panels’ the same way. That’s our fault, really, because
we failed to set out a technical definition of ‘doll panels’ in our entry
form. As usual, we’ve accepted all of the entries regardless and we’ll
leave it to the crafty Spoonflower community to decide which approach
to ‘doll panels’ it most favors.

VOTE HERE. The participants in week 1 are: 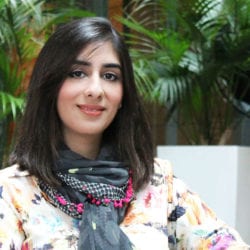 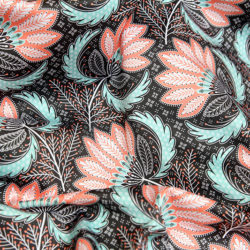 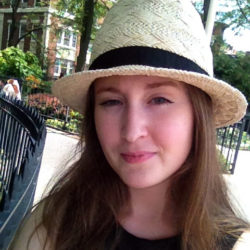 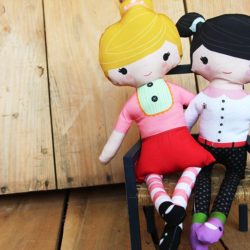 DIY: Customize Your Own Cut and Sew Doll

« Fabric Of the Week: Fish and Colors
Spoonflower in black and white »
We use cookies to enable and enhance your site experience. By continuing to use this site, you agree to our use of cookies.OkLearn more