This week was a hard contest. We asked designers to come up with ditsy prints, which is a genre of fabric design for which — it turns out — there's not a terribly specific definition. Over 400 designs were submitted and so, with the help of our intrepid team of volunteer moderators, we had to do some serious whittling to get down to a manageable field of entries. Ditsy prints are small-scale prints, often used for clothing, that employ a scatter effect rather than a symmetrical design. As tough as it was to decide which of the entries really fit that definition, one rather thrilling thing about this week's contest is that this is the first contest we've every had specifically for small prints, which really are much more common in the fabric world than the larger repeat sizes that characterize most of our contests. We hope you'll have fun voting, but hope you'll have even more fun sewing things with the winners in a week or two!

1. An Itsy Ditsy Spider Web by ceanirminger
2. Ditsy plankton by mariao
3. A Beezy Ditsy by dianne_annelli
4. A bunting we will go birds by vo
5. A Ditsy Flip Flop Day! – © PinkSodaPop 4ComputerHeaven.com by pinksodapop
6. a rose is a rose is a rose by shiny
7. A Snowball's Chance in Hell by crinkled
8. ABC & 123: Flower Stems Are Green by quiltsmith
9. Anjuli_swatches-07 by amandac
10. Arabesque bower by paulette_ 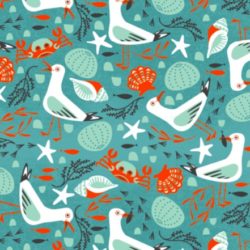 See Where You Ranked in the Small-Scale Summer Design Challenge 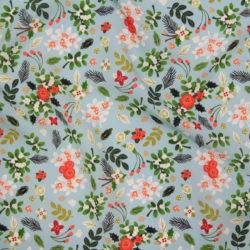 « Please don’t throw me in that plushie pumpkin patch...
Foxy trend: Are foxes the next owls or birds of the fabri... »
We use cookies to enable and enhance your site experience. By continuing to use this site, you agree to our use of cookies.OkLearn more